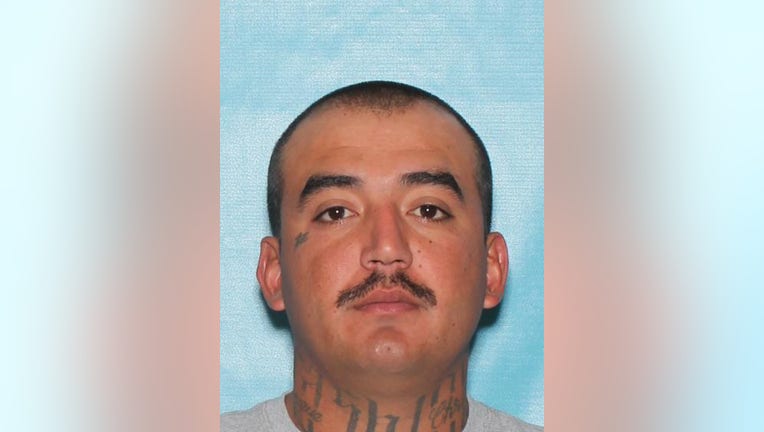 GOODYEAR, Ariz. - Goodyear Police is asking for the public's help in locating a man considered armed and dangerous who is accused of have a gun in a Walmart.

The incident happened at the Walmart near Estrella Parkway and Interstate 10 at around 1:30 a.m. on Friday.

Officers responded to a disturbance call at the store and learned that 34-year-old Christopher Mendoza had threatened his girl with a gun. Mendoza was uncooperative with officers and reached for a gun as he ran to the back of the store. 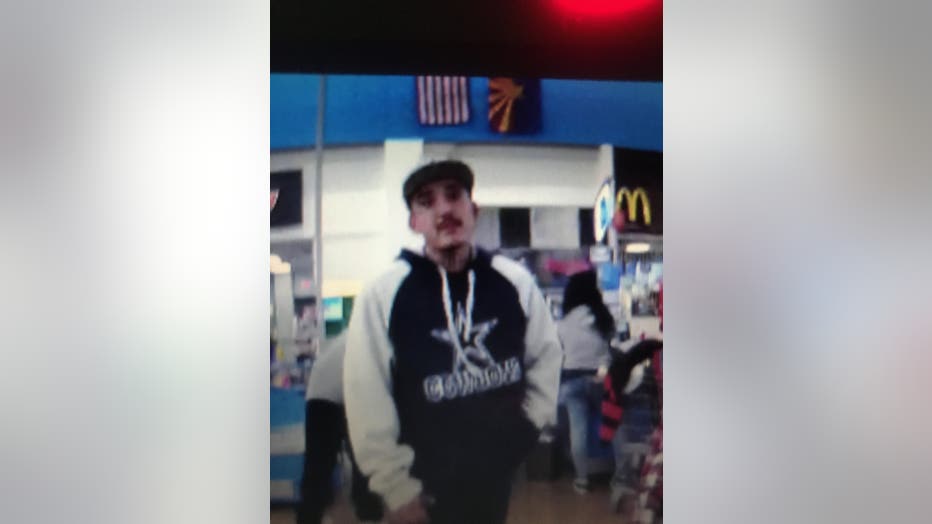 Police say Mendoza ran into a neighborhood near the store and allegedly kidnapped a man at gunpoint demanding a ride to Litchfield and MC 85 in Avondale.

Mendoza is described as a Hispanic male with a tattoo under his right eye and another on his neck that reads "Cashion". He is 5-feet 5-inches tall.

Police say Mendoza is armed and dangerous. He's accused of aggravated assault on an officer, threatening and intimidating, misconduct involving weapons and kidnapping.

Anyone with information is asked to call Silent Witness at 480-WITNESS or 480-TESTIGO for Spanish.