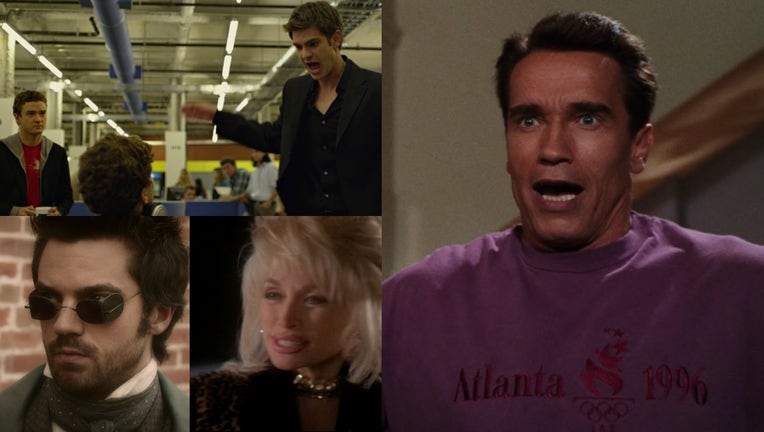 CHICAGO - Some may call Dec. 23 '"Christmas Eve Eve," but a certain segment of the population — the chunk that loves pop culture and, more specifically, the sitcom "Seinfeld" — knows the 23rd by its truest name.

To those people we say, "A fine and festive Festivus for the rest of us."

A satirical holiday celebration, Festivus actually didn’t originate with "Seinfeld," but in the family of "Seinfeld" writer Dan O’Keefe. (O’Keefe wrote "The Strike," the episode in which Frank Constanza memorably uses the phrase, "A Festivus for the rest of us.") Decades later, the O’Keefe family tradition so memorably captured (and heightened) in "The Strike" remains a pop culture staple.

So if you see an unadorned aluminum pole gracing someone’s living room or witness revelers performing feats of strength, consider yourself a part of the festivities. (You might even call them the Festivus-tivities.)

The most famous element of Festivus, however, is the airing of grievances. It’s been a rough year, and odds are you’ve got a grievance or two to air — but if you’d rather live vicariously through the grievances of a fictional character, dial up one of these movies. Some are seasonal, some aren’t, but all contain a good old-fashioned grievance-airing.

And before you find you have another grievance to air, never fear — all of these movies are streaming for free on Tubi.

The Social Network (2010): David Fincher and Aaron Sorkin’s masterful, stone-cold retelling of the creation of Facebook is chock-full of grievances, opening with a doozy delivered by Rooney Mara that’s somehow only the tip of the iceberg. (A pyromaniac’s grievance is also particularly memorably aired.) But the best of them all is this climactic barnburner, in which Eduardo (Andrew Garfield) gets a nasty surprise from Mark (Jesse Eisenberg) and Sean (Justin Timberlake) at Facebook HQ. This movie won three Oscars, and not one of them went to Garfield, who should perhaps air some grievances of his own with the Academy — wow, is he good in this scene. Rated PG-13. 120 minutes. Dir: David Fincher. Also featuring Rashida Jones and Brenda Song.

Scrooge vs. various ghosts in ‘A Christmas Carol’

The afterlife vs. Dolly Parton in ‘Unlikely Angel’

Unlikely Angel (1996): This holiday movie originally aired on CBS, and its formula is simple, yet bonkers: take "It's a Wonderful Life," make Clarence the lead and turn him into a no-nonsense country singer played by Dolly Parton, cast Roddy McDowell as Saint Peter, throw in a dash of "Ghost" and call it a day. After Ruby (Parton) dies in a car crash, she learns that thanks to the selfish choices she made in her time on earth, she won't enter the pearly gates if she can't reunite a family torn apart by a tragic loss. So naturally she becomes their housekeeper. Oh, and she sings, of course. Rated G. 91 minutes. Dir: Michael Switzer. Also featuring Brian Kerwin.

Arnold Schwarzenegger vs. Sinbad vs. the supply chain

Jingle All The Way (1996): A flustered mattress salesman (Arnold Schwarzenegger) resorts to increasingly desperate hijinks in an attempt to score the must-have toy of the season, an action figure called Turbo-Man. His quest brings him into conflict with Sinbad, Phil Hartman, various law enforcement officials and an actual parade — but the real enemy here is the supply chain and all the big bad toy executives who forgot the reason for the season and whatnot. Rated PG. 89 minutes. Dir: Brian Levant. Also featuring Rita Wilson and Robert Conrad.