Harvey Weinstein was secretly indicted on rape charges by a grand jury in Los Angeles a couple weeks ago, Fox News has learned.

LOS ANGELES - Harvey Weinstein was secretly indicted on rape charges by a grand jury in Los Angeles a couple weeks ago, Fox News has learned. The move by LA District Attorney George Gascón should facilitate the extradition of the Hollywood producer from New York so that he can be tried.

The indictment is virtually identical to the criminal complaint, which had been filed in January 2020 by former DA Jackie Lacey. The disgraced movie mogul, who is already serving a 23-year sentence in New York for rape and sexual assault, faces 11 counts in California, including rape and sexual battery involving five incidents that allegedly took place between 2004 and 2013. If convicted, he faces up to 140 years behind bars. 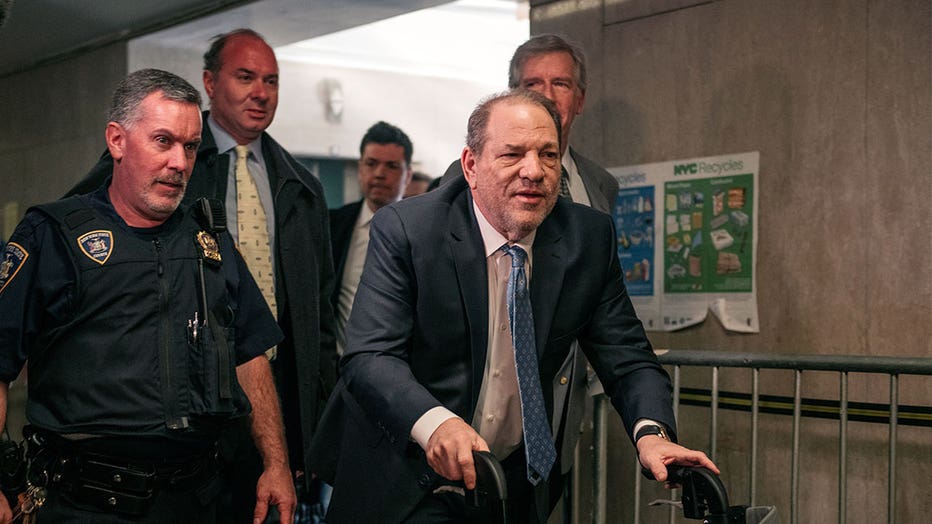 Movie producer Harvey Weinstein (R) enters New York City Criminal Court on February 24, 2020 in New York City. Jury deliberations in the high-profile trial are believed to be nearing a close, with a verdict on Weinstein's numerous rape and sexual mis

The indictment, which is still under seal, and arrest warrant for Weinstein are expected to be publicly revealed Monday afternoon at his extradition hearing in Erie County, New York. The producer is serving his time at the maximum-security Wende Correctional Facility near Buffalo. The LA case has been delayed due to the COVID-19 pandemic, but the DA’s office does not want to wait any longer.

According to legal experts, by getting an indictment, LA prosecutors can streamline the proceedings and are able to go straight to trial, rather than doing it under a criminal complaint that would then require a preliminary hearing. "This process will eliminate the need for a preliminary hearing which is kind of a minitrial like we saw in the OJ case: there was the trial before the trial," criminal defense attorney Troy Slaten explained, adding that in the LA County, the use of grand jury is limited to very few cases. With this move and under the law that allows the borrowed custody, the California state can get custody of the New York’s inmate and must commence trial within 120 days.

The Los Angeles DA’s office has not responded to Fox News' inquiries on the secret indictment so far. Weinstein’s attorney in the LA case and an attorney for two of the five accusers, Gloria Allred, have both declined to comment.

"These are stale, unsubstantiated, uncorroborated, uncredible allegations that arose during the hysteria of the #MeToo movement and we're confident that Mr. Weinstein will be acquitted because there's no credible evidence against him. He's innocent," defense lawyer Mark Werksman stated regarding the charges.

On Monday, his attorneys are expected to ask for a delay of the extradition, citing his "poor" health conditions, which would put him at higher risk under the current pandemic. But the chances of a postponement are slim as their next shot would be with Gov. Andrew Cuomo, who is currently battling sexual harassment allegations. Weinstein could be extradited to LA within 30 days of tomorrow’s hearing.

Allred is hopeful that his transfer will be finally done so that he can also have his day in court in the West Coast. "It appears to me that Mr. Weinstein does not wish to be removed to Los Angeles to face charges, but justice delayed is justice denied," she added.

LA prosecutors allege that Weinstein raped an Italian model at another Beverly Hills hotel on Feb. 18, 2013, just a day before the attack against Young. The alleged assaults of the other three women all took place at Beverly Hills hotels.

Regardless of how the California case ends, the former producer would still have to return to New York to serve the rest of his 23-year sentence, which is currently on appeal.

Get updates on this story from FOX News.