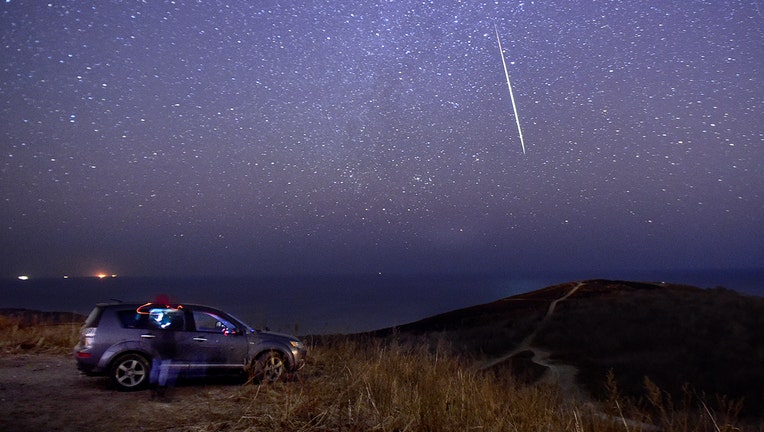 Stargazers watch a meteor streak across the sky over Russky Island off Vladivostok, Russia. Astronomers are predicting a rare outburst of meteors from the alpha Monocerotid meteor shower Thursday night. (Yuri SmityukTASS via Getty Images)

OUTER SPACE - The night skies will light up one more time before Christmas with the annual Ursid meteor shower.

The American Meteor Society said the 2019 Ursid meteors are active from Dec. 19 to Dec. 24th, with a "sharp maximum" on Dec. 22. The Ursid meteor shower is only visible from the northern hemisphere.

If you want to see the Ursid meteor shower you should look just to the left of the bowl of the Big Dipper.

The experts at the American Meteor Society said that if you want to see the Ursid meteor shower, you should commit at least an hour to sitting outside and waiting. Conditions will be pretty good, because the moon is waning.