HOUSTON - Houston police commanders and officers will escort the body of fallen Sergeant Christopher Brewster from the Harris County Institute of Forensic Sciences building on Monday.

The building is located at 1861 Old Spanish Trail. Sergeant Brewster will be escorted to the Pat H. Foley & Company Funeral Home at 1200 West 34th Street at around 9:15 a.m.

A visitation for Sergeant Brewster will be at an undetermined time on Wednesday, December 11, and a planned funeral service at 10 a.m. on Thursday, December 12. Further details on the funeral and visitation will be released later this week. 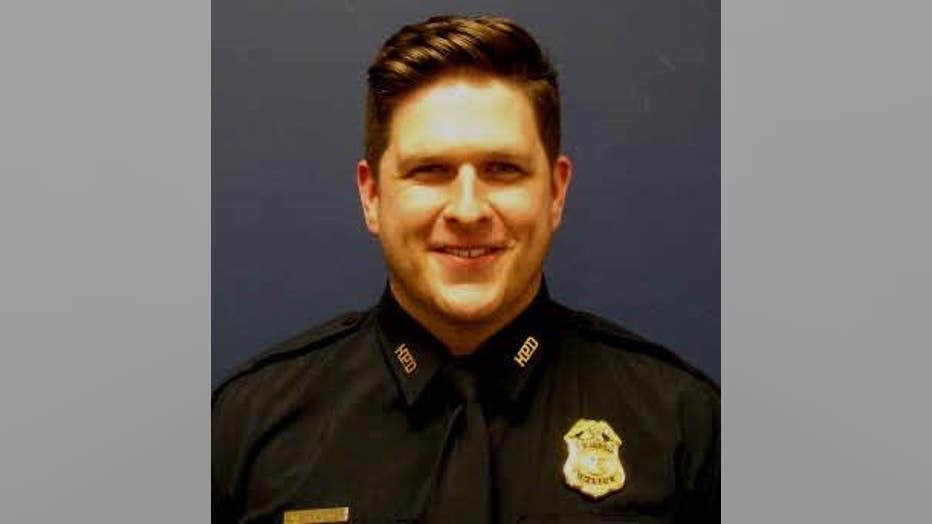 On Saturday at about 5:45 p.m., Sergeant Brewster, 32, was responding to a call on Houston's east side when he was fatally shot.

Brewster was sworn in as an HPD officer in November 2010.  During his career, Sergeant Brewster was assigned to various patrol divisions and the Gang and Major Offenders Divisions.