ST. BERNARD PARISH, La. - Just a mile away, Ashton Gibbs stood at the front door of his home watching a tornado. After 18 years in law enforcement and countless hurricanes, he said he has never seen a tornado in his hometown. Yet, he knew exactly what he was seeing.

"You could see the debris swirling around and just progressing forward in a northerly direction," said the sergeant with the Gretna Police Department. "And the sky was just blinding with these different colors like blue and green and in fire, it was the transformers blowing. Not long after that, the power went out.

A tornado hit the Lower Ninth Ward in New Orleans East around 7:20 p.m. Tuesday and stayed on the ground for about 10 minutes. The hardest-hit area was the neighborhood of Arabi.

"The area that was affected, Arabi Village, they were affected by Hurricane Ida tremendously," remarked Gibbs. "And a lot of those businesses just finished rebuilding, just finished and roads and parts of their buildings. And it was almost like everything was coming back to life, returning to normal. And now this." 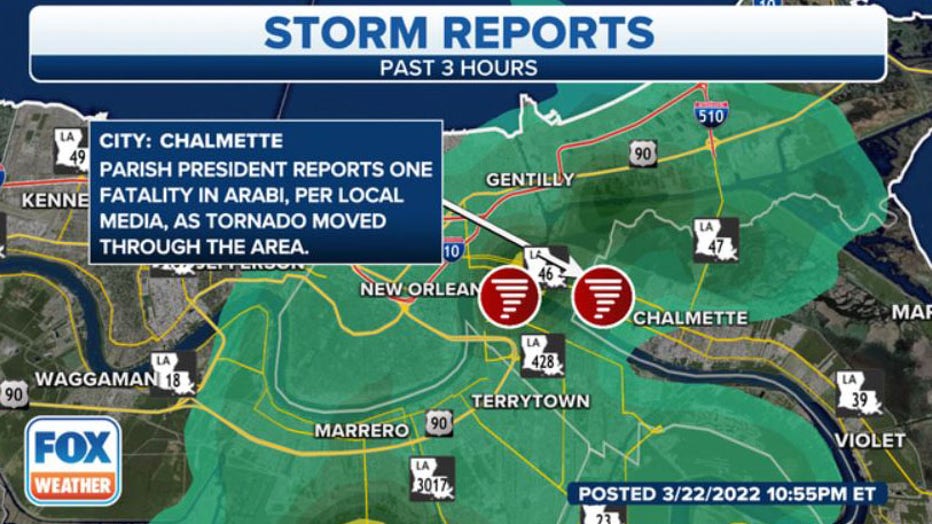 After surveying the damage, St. Bernard Parish President, Guy McInnis, spoke to FOX weather. He said the tornado tore through about two miles of the parish. One person was killed, and many others were injured.

"We had total destruction of one of our streets and all the homes on that street," said McInnis. "Multiple homes were damaged. We don’t even know how many yet."

McInnis was moved by the cooperation and community’s response while touring the scene. He said, "Good things were happening with a bad event."

"This home was lifted off its foundation and dropped in the street. And inside the home was a daughter of a family on a ventilator," McInnis said. "The family was running around asking for help, and I found a firefighter and went over there, and we already had a team of firefighters in the home hooked up a ventilator to the young lady." 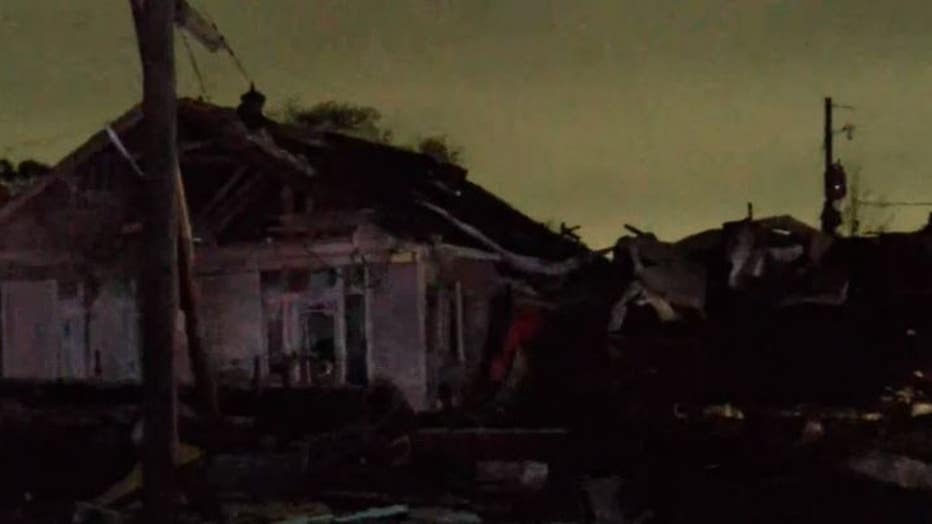 Damage pictured from a tornado on March 22, 2021, near New Orleans, Louisiana. (Credit: WVUE-TV)

He compared the destruction to that after Katrina when the waters receded. First responders in the area are used to hurricanes and can prepare for them, but tornadoes are a rarity.

"Arabi, east of New Orleans, doesn’t see strong tornadoes coming through the area," said FOX Meteorologist and Producer Stephen McCloud. "Typically in the southeast, they come later in April or May. Seeing tornadoes this time of year is surreal." 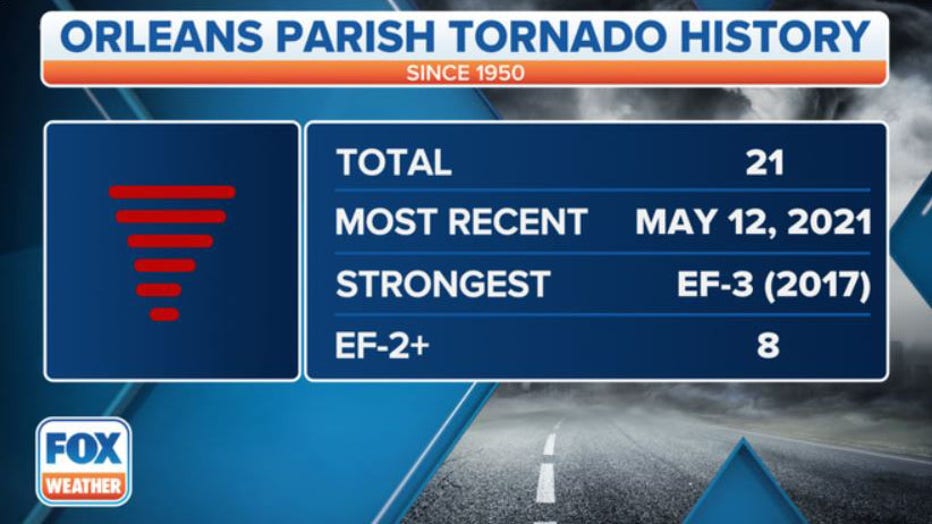 The National Weather Service will survey the damage Wednesday to assess the strength and number of tornadoes in the area.

Authorities warn everyone to avoid the area because power lines are down and utility crews are still working to cap gas leaks. Over 6,567 homes and businesses are still without power, according to PowerOutage.US.

"It's just like a punch in the gut, and you have to react where the damage and need is," said McInnis. "I know we are going to come back and better than before."