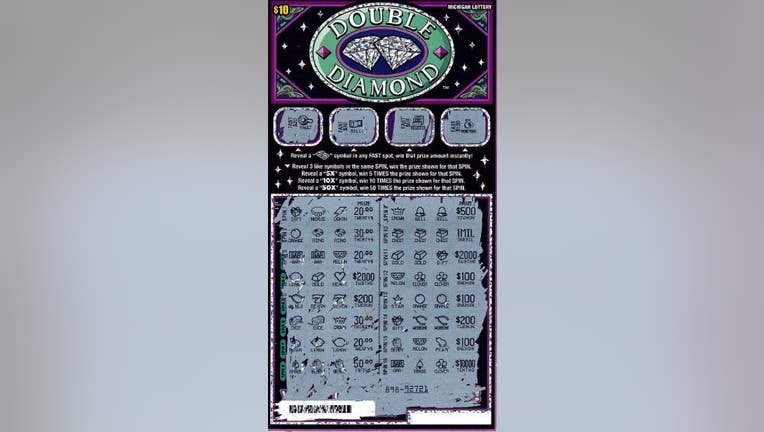 STEVENSVILLE, Mich. (FOX 2) - An Indiana woman who bought a scratch-off lottery ticket while visiting Michigan won $1 million when she scratched it a few days later.

"My husband and I travel to Michigan quite a bit, especially in the summer," the woman said. "We stopped for gas, and I bought some draw tickets for my mom. I saw the diamond on the instant game ticket and decided to grab one at the last minute."

The 57-year-old who chose to remain anonymous was at a Meijer gas station at 5019 Red Arrow Highway in Stevensville when she got the ticket.

"I put the tickets in my purse and left them for a couple of days. When I finally sat down to scratch it off, I was surprised to see the $1 million prize. I kept thinking: ‘This can’t be right.’ So, I asked my husband to look at the ticket, and he confirmed I had just won $1 million! she said. "Winning has given me such a sense of relief to know that I will comfortable financially for years to come."

The woman chose to receive a one-time lump sum payment of about $693,000 rather than 30 annuity payments for the full amount. She plans to pay her bills and then save the rest.

The Double Diamond ticket is one of numerous Michigan Lottery tickets that still have millions of dollars in prizes left. See the others here.