PHOENIX - Interstate 17 was closed at Cactus Road due to a crash that blocked all of the northbound lanes.

The on-ramp at Cactus Road was closed off as well, but officials have not yet released any more details about the crash that happened Thursday. 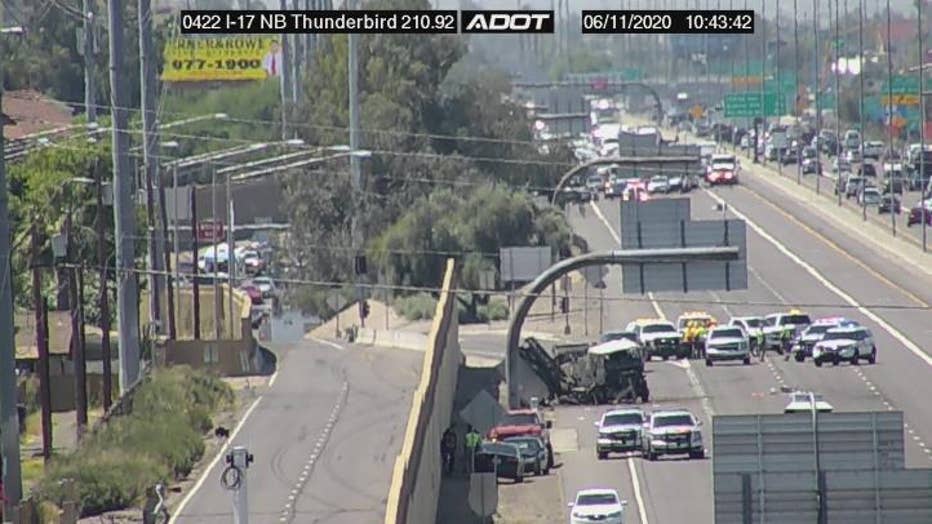 The collision reportedly involved a street sweeper, according to a FOX 10 photographer at the scene.

GET THE LATEST NEWS AND UPDATES FROM FOX 10 PHOENIX: