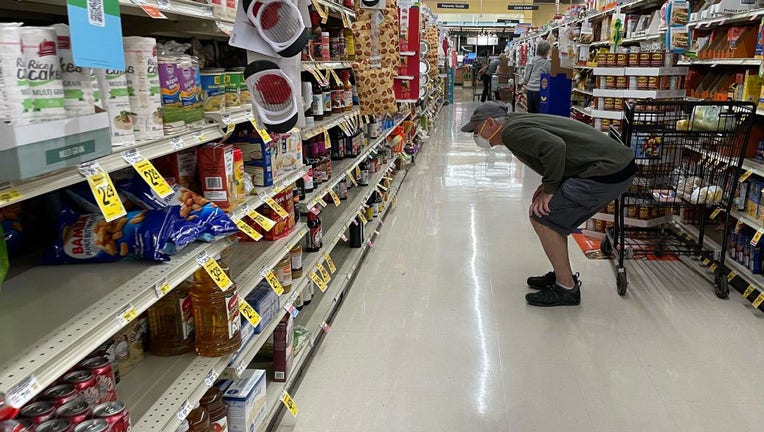 A man shops at a Safeway grocery store in Annapolis, Maryland, on May 16, 2022, as Americans brace for summer sticker shock as inflation continues to grow. (Photo by JIM WATSON/AFP via Getty Images)

The rapid pace of inflation eased in July for the first time in months, but much of the financial relief that Americans felt hinged on where they lived.

The Labor Department reported that the consumer price index, a broad measure of the price for everyday goods including gasoline, groceries and rents, rose 8.5% in July from a year ago, below the 9.1% year-over-year surge recorded in June. Prices were unchanged in the one-month period from June.

But in some parts of the country, the pace of inflation was much higher. Several Western states have become a hotbed for inflation, with the West South Central region – which includes Texas, Oklahoma, Arkansas and Louisiana – reporting that prices soared 9.7% in July.

Consumer prices in the Mountain region that includes Montana, Wyoming, Idaho, Nevada, Utah, Colorado, Arizona and New Mexico were a close second, with inflation rising by a stunning 9.6%. That is well above the national average of 8.5%, which is already near the fastest pace since December 1981.

INFLATION REDUCTION ACT: WHAT TAX HIKES ARE IN THE BILL?

Where is inflation the highest in the U.S.? 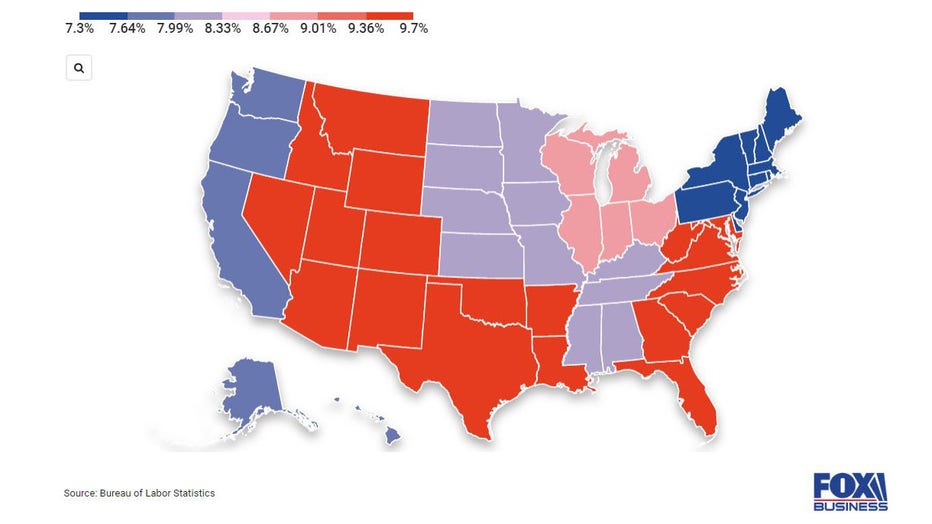 The outsized increase in the West is at least in part due to soaring real estate prices in the Rocky Mountain region as thousands of Americans look to relocate. In Phoenix, Arizona, for instance, the typical home sold for $435,000 in December – 28% more than the previous year, according to real estate brokerage firm Redfin. The average price of a home in Colorado jumped by close to 20% over the past year.

Other states are also experiencing inflation that's well above the national average. Prices were up 9.5% in the South Atlantic, the region that encompasses Maryland, West Virginia, Virginia, North Carolina, South Carolina, Georgia and Florida.

By comparison, prices in the mid-Atlantic and New England – New York, New Jersey and Pennsylvania, as well as Maine, New Hampshire, Vermont, Connecticut, Rhode Island and Massachusetts – were far lower, climbing 7.3% in July from a year ago, slightly below the national average. 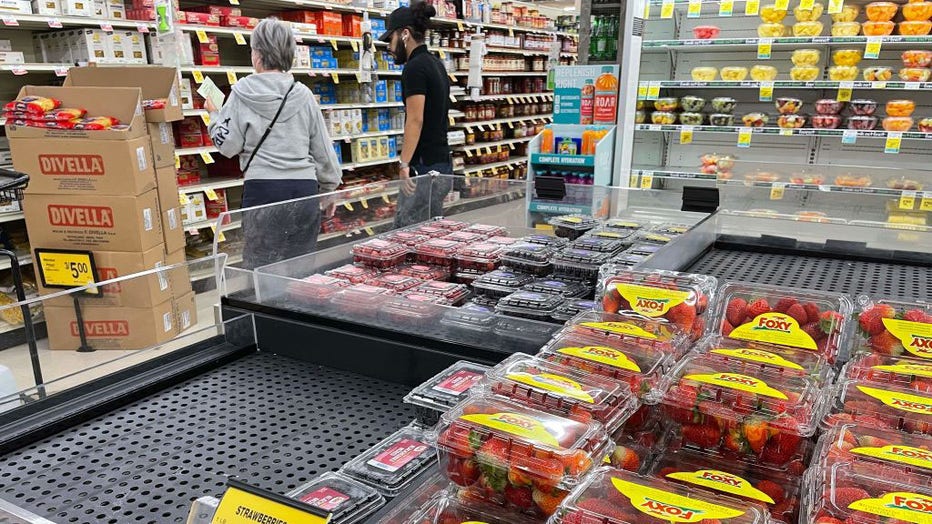 Produce for sale at a Safeway grocery store in Annapolis, Maryland, on May 16, 2022, as Americans brace for summer sticker shock as inflation continues to grow. (Photo by JIM WATSON/AFP via Getty Images)

Scorching-hot inflation has created severe financial pressures for most U.S. households, which are forced to pay more everyday necessities like food and rent. The burden is disproportionately borne by low-income Americans, whose already stretched paychecks are heavily impacted by price fluctuations.

Although American workers have seen strong wage gains in recent months, inflation has largely eroded those. Real average hourly earnings decreased 0.5% in July from the previous month when accounting for higher consumer prices, according to the Labor Department. On an annual basis, real earnings actually dropped 3% in July.

"While the boost to overall economic prospects is welcome, easing inflation will ring hollow with many down-market consumers whose wages are falling in real terms despite the decline in gasoline prices alone adding about $400 million dollars back to household balance sheets," said RSM chief economist Joe Brusuelas.