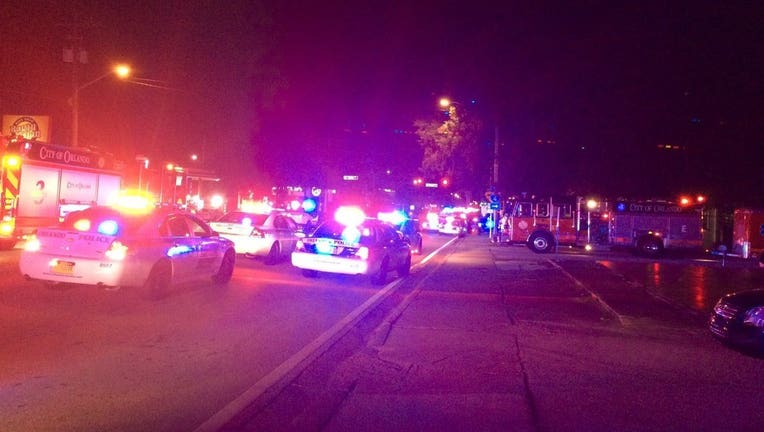 ORLANDO, Fla. (AP) - An attorney for media companies seeking the release of dozens of 911 calls from the mass shooting at a Florida nightclub argued before a U.S. District judge Thursday that it's a matter for the state courts to decide.

Rachel Fugate, representing The Associated Press and several other media groups including the New York Times and CNN, argued before U.S. District Court Judge Paul G. Byron that the FBI and Department of Justice have no place in the case. Fugate argued that the fight between the media and the City of Orlando over the 911 calls should be returned from the federal system to the state level.

Byron listened to all sides Thursday, including the U.S. Department of Justice. He didn't immediately rule on whether he would hear the case or send it to the state level, only saying his decision would come "in short order."

The recordings sought also include communications between gunman Omar Mateen and the Orlando Police Department during the attack on Orlando's Pulse nightclub, which killed 49 people and wounded 53 others. Mateen was killed by police early on June 12 after a lengthy standoff at the club.

"I thought the judge asked some great questions and he was very interested in the issues," Fugate said after Thursday's proceedings. "We will have to wait and see."

Fugate was posed challenging questions Thursday from the judge, who made her defend her position.

Separately, Darryl M. Bloodworth, the attorney for the City of Orlando, was allowed to speak uninterrupted for 15 minutes in the proceedings in U.S. District Court.

The city, which is the custodian of the recordings, claims they are exempt under Florida public records law and that the FBI insists releasing them may disrupt the continuing investigation. Bloodworth argued that the city is caught in the middle of the dispute between the federal investigation and the news media's demand to have all of the 911 records.

"A crime would be committed if the city were to release material that involves a federal investigation," Bloodworth argued.

The media groups argue that those and the 911 recordings would help the public evaluate the police response to the shooting. The city, which is the custodian of the recordings, claims the recordings are exempt under Florida public records law and that the FBI insists releasing them may disrupt the ongoing investigation.

In court papers, the Department of Justice argues the recordings are federal records and not subject to Florida's public records law.

The media companies argue that the Department of Justice is "one of perhaps many parties standing on the sidelines" and aren't a proper party to the lawsuit.

"This case is a dispute solely between the News Media and the City," the media group's filing said.