PHOENIX - An Arizona jury on Nov. 6 rejected a landscaper’s lawsuit against the state over his arrest in metro Phoenix’s 2015 freeway shootings.

Merritt, who spent seven months in jail, testified Monday that he didn’t have any involvement in the attacks and that publicity from his now-dismissed criminal case has caused deep problems in his life. 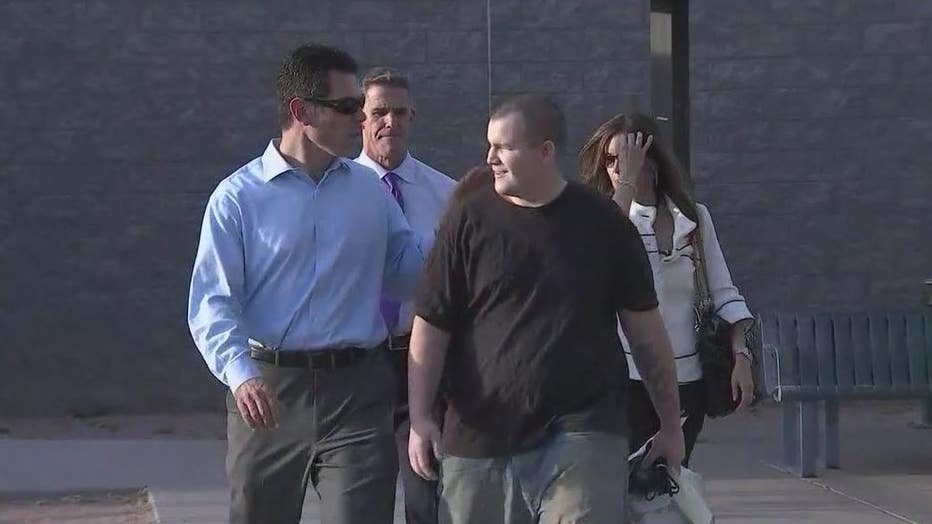 Authorities say 11 shootings were carried out on metro Phoenix’s freeways in late August and early September 2015. No one was seriously injured when bullets or other projectiles struck 11 vehicles.

This past summer, a judge who is not connected to the civil case took the rare step of issuing an order declaring that Merritt had been officially cleared of criminal allegations in the shooting case.

Merritt’s lawsuit alleged authorities pursued charges even though they knew his handgun was at a pawn shop during the last of the four shootings with which he was charged. He also accused the Department of Public Safety of changing the timeline of the shooting to fit a theory that a bullet from Merritt’s gun got lodged in the sidewall of a tire. The agency has denied both allegations.

Leslie Merritt Jr., who was once arrested and accused of involvement in the 2015 freeway shootings in Phoenix, testified in court on Nov. 2 as his civil lawsuit moves forward.

Arrested in 2015 for alleged involvement in the Freeway Shootings, Leslie Merritt has steadfastly maintained his innocence, and the case against him was finally dismissed in 2016 after ballistic evidence came under heavy criticism.

Leslie Merritt Jr. is going to trial after he claims he was falsely arrested and imprisoned after being accused for the I-10 freeway shootings in 2015.