FULL INTERVIEW with cast of 'Nightbooks' on Netflix

The film focuses on Alex (Winslow Fegley), who is a creative boy with a strong passion for writing scary stories. But when an evil witch, played by Krysten Ritter, captures him in her apartment, she demands that he tell her a new tale every night if he wants to stay alive.

Directed by David Yarovesky ("The Hive") and produced by Sam Raimi ("The Evil Dead"), the film focuses on Alex (Winslow Fegley), who is a creative boy with a strong passion for writing scary stories. But when he's labeled weird and rejected for what he likes, he swears he'll never write again.

But when an evil witch, played by Krysten Ritter ("Big Eyes," "Jessica Jones"), captures him in her magical apartment in New York City, she demands that he tell her a new tale every night if he wants to stay alive. 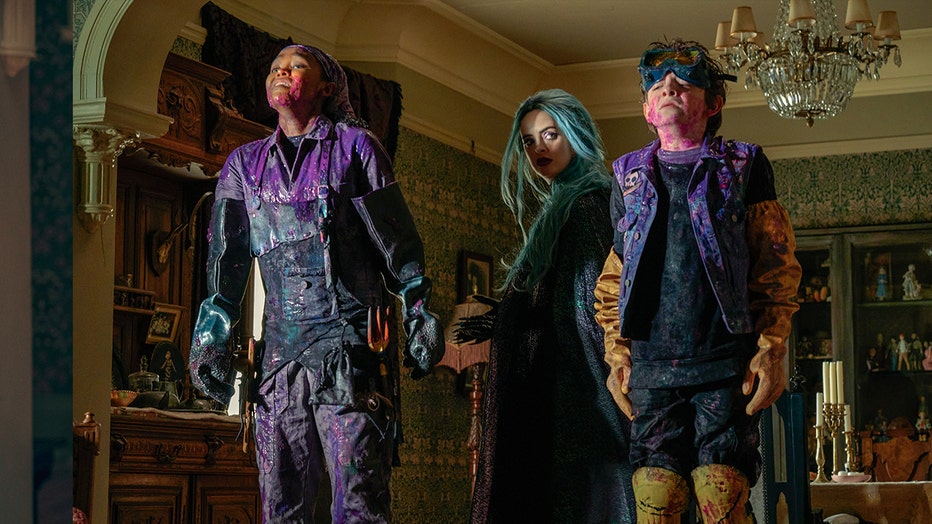 "I love that she is so unpredictable and so unexpected," Ritter told FOX. "I have never played a character like this before. I think that was part of the fun, the appeal for me."

Trapped inside the apartment with Lenore — the witch’s spiteful cat — watching his every move, Alex meets Yasmin (Lidya Jewett), another young prisoner who has learned how to survive the witch's wicked whims.

While Fegley said his character was much like himself, Jewett told FOX her role wasn’t very similar to her personality.

"This is one of the roles that I’ve done that I’ve played that hasn’t been super similar to me. She’s really not mean but definitely not really friendly," Jewett chuckled. "So that was something that was really fun to kind-of play."

With Yasmin’s help, Alex must learn to embrace what makes him unique — his love for scary stories — and rewrite his own destiny to break them free. 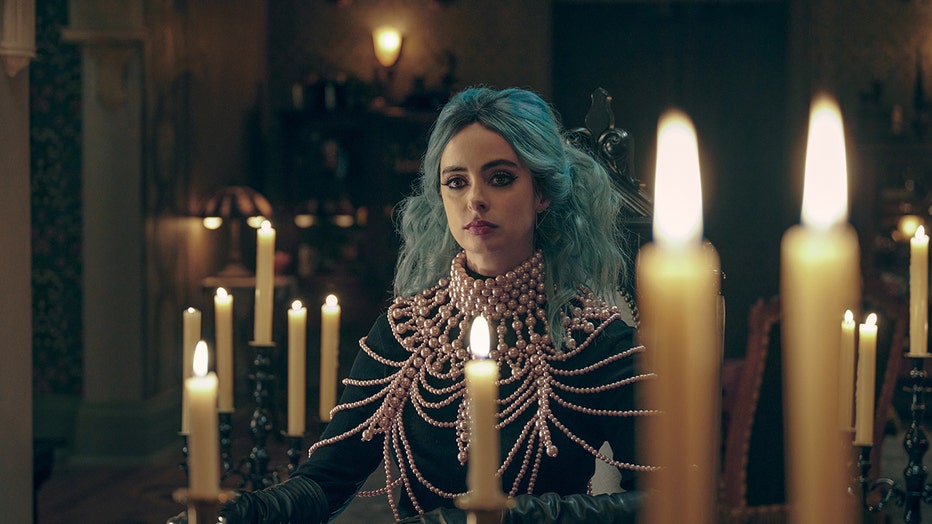 "I think this is an awesome move for families. It’s a great message for kids," Ritter, 39, shared. "Being different, being a little weird, the thing that gets you picked on at school, is actually what makes you great and awesome and special."

"There’s a lot of heart in this movie," the "Breaking Bad" star continued.

The 39-year-old mother will hit a milestone birthday in December and said success at this point in her career is "happiness" and being able to be with her son.

"Being a working mom is difficult and a lot of challenges," Ritter shared. "Your priorities really change when you have a baby. Things that I used to go nuts for or stress out about; things are a lot different now. I really just want to hang out now, see the world through his eyes, just to be able to have this experience with him."

Ritter, known for iconic roles including "Breaking Bad" and "Jessica Jones", said she is open to any future reunions or specials.

"You never know. I’m there for all of it," Ritter said. "I tend to always be in projects that do come back around for some weird reason. Anything can happen.

Prepare for "Nightbooks" with these free films on Tubi

The Hive (2014): Not all Yarovesky’s films are quite so kid-friendly. Sample this one, about an "amnesiac counselor at Camp Yellow Jacket struggles to remember how he survived a deadly viral epidemic," after the youngsters hit the hay. Featuring: Gabriel Basso, Jacob Zachar.

The Little Vampire (2000): But that doesn’t mean there’s nothing in the way of horror for kids! Jonathan Lipnicki ("The Teacher from the Black Lagoon") stars alongside celebrated character actors Richard E. Grant ("Can You Ever Forgive Me?") and Jim Carter ("Downton Abbey") in this family-friendly adventure, which sees a group of "kind but misunderstood Scottish vampires" befriend a kid who might just help them to leave the vampire life behind.

About Tubi:Tubi has more than 35,000 movies and television series from over 250 content partners, including every major studio, in addition to the largest offering of free live local and national news channels in streaming. The platform gives fans of entertainment, news and sports an easy way to discover new content that is available completely free.