Late NBA legend Kobe Bryant has touched the lives of many families, including one in Arizona. FOX 10's Bailey Miller reports.

PHOENIX - Late NBA legend Kobe Bryant has touched the lives of many families, including one in Arizona.

Now, a family from Lake Havasu is mourning the loss of a superstar who was close to their hearts.

The Heredero family said Bryant has always meant so much to them, but then, Bryant took the time to meet them because Joey Heredero was battling cancer.

The family said they will never forget Bryant's kindness.

Linda Heredero still has photos showing Bryant wrapping his arms around Joey, and Joey hugging her tight. They met after a Lakers vs. Suns game in 2009 at the Staples Center. 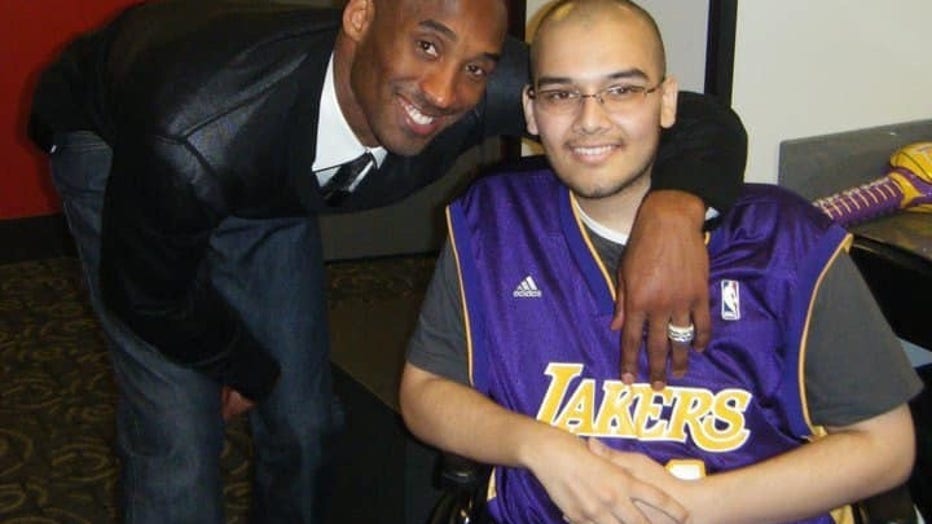 Linda says she and her family are huge Laker and Bryant fans, and would often watch him while they were in the hospital during her son's treatments.

"We would cheer, and the nurses would come in and they were OK, they laughed it off and knew what was going on, that he was a huge Lakers fan," said Linda, in a video chat interview.

Linda's friend's husband was a sportswriter in Los Angeles, and he reached out to Bryant after learning about Joey's cancer battle. In the end, Bryant wanted to meet.

Linda says she will never forget when Bryant walked into the room after the game.

"He said. 'hey, what's up my man?'" Linda recounted. "Joey was giggling like a little girl and he was so excited, and he talked to him for 20 minutes, talked to him about the game and how he bought tickets to see Michael Jordan. It was just so neat to watch them interact. It did my heart good." 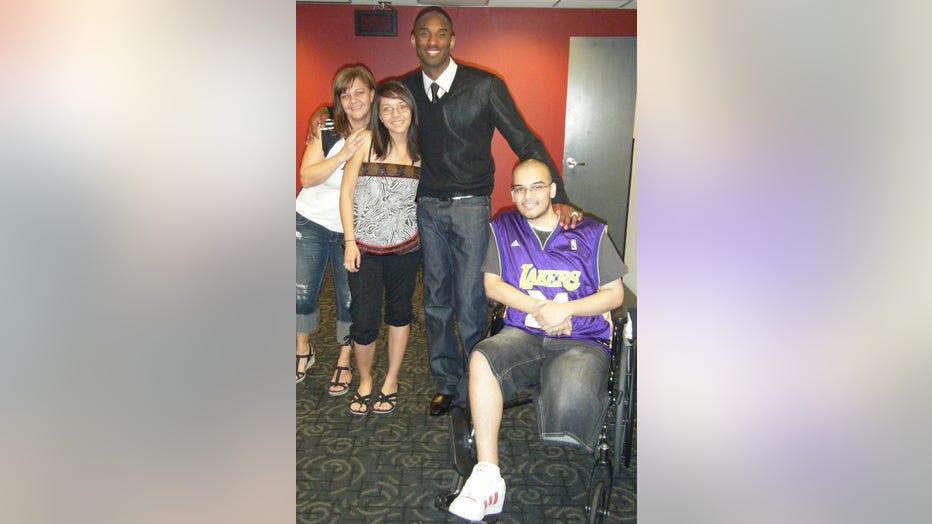 Just three weeks after the emotional meeting, Joey passed away. When the family went to watch a Lakers vs. Suns game in Phoenix, Bryant took the time to meet with Linda.

"He instantly just gave me this big hug and asked me how I was doing, and told me how sorry he was for my loss of Joey," said Linda, who tried to hold back tears. "That was really special. We talked for a while and he signed a pic of Joey for me." 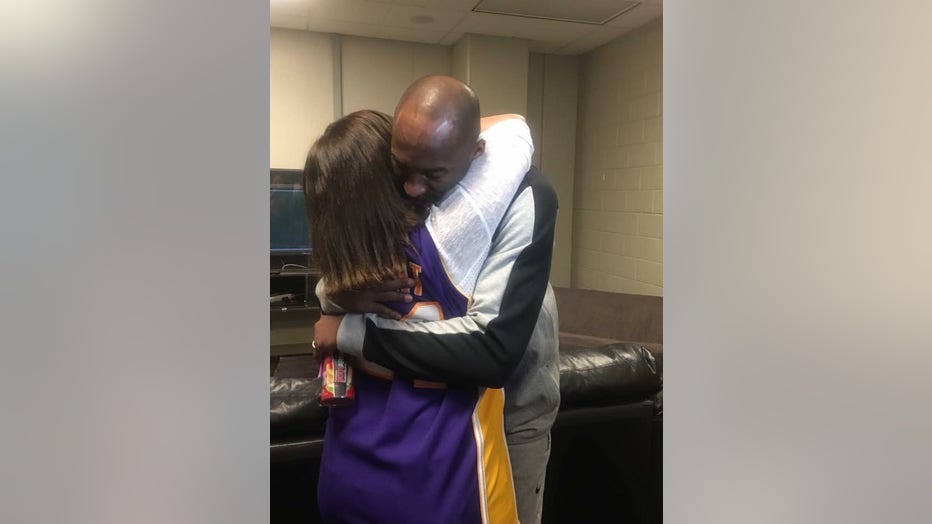 Linda said this loss is so hard to bear, almost like she lost one of her own family members. She says she is heartbroken for Vanessa, who is also dealing with the loss of her daughter.

Linda was sharing her story because she just wanted everyone to know how real and genuine Bryant was, and how he helped her heal during an incredibly tough time.