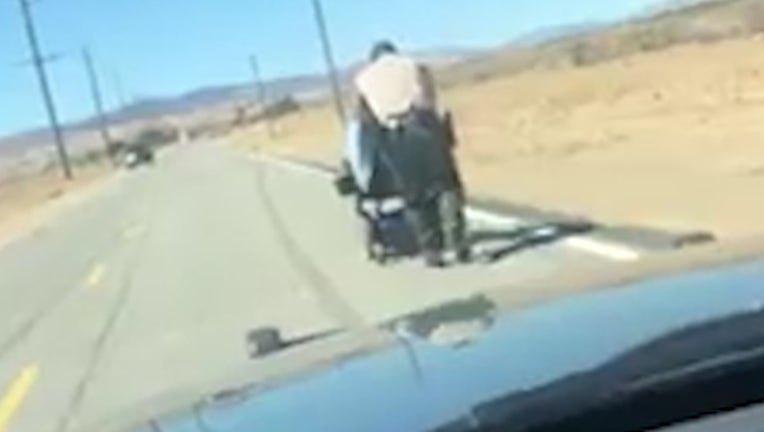 LANCASTER, Calif. (FOX 11) - Deputies with the Lancaster Sheriff's Station received a call Tuesday about a traffic hazard: they were told a wheelchair was in the middle of the road.

When Deputies Chapman and Montanez arrived, they found the wheelchair on the side of the road, but with an elderly female sitting in it!

Authorities say the woman's motorized wheelchair had run out of power and she was stranded.

The deputies offered her a ride home, but she was upset about leaving her only means of mobility behind.

The wheelchair was too heavy to and large to fit inside the patrol vehicle, so Deputy Montanez decided to push the wheelchair to the woman's home, which was about one mile away.

In a video posted by the Sheriff's Station on Facebook, Deputy Chapman teased Deputy Montanez about his "slow" pace and you can hear the elderly woman getting a good laugh out of it all.

Thank you, Deputies for your service!