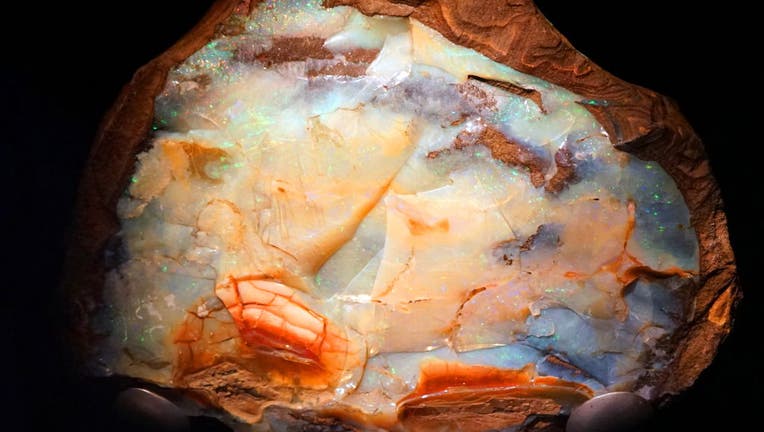 JUNEAU, Alaska - A gemstone, billed as one of the largest gem-quality opals ever found, was sold for $143,750 at auction in Alaska on Sunday.

The opal, dubbed the "Americus Australis," weighs more than 11,800 carats, according to the auction house Alaska Premier Auctions & Appraisals. It also has a long history.

Most recently, it was kept in a linen closet in a home in Big Lake, north of Anchorage, by Fred von Brandt, who mines for gold in Alaska and whose family has deep roots in the gem and rock business.

The opal is larger than a brick and is broken into two pieces, which von Brandt said was a practice used decades ago to prove gem quality.

Provided video gives a closer look at the 555.55-carat black diamond, called "the Enigma," which will be auctioned in February 2022.

Von Brandt said the stone has been in his family since the late 1950s, when his grandfather bought it from an Australian opal dealer named John Altmann.

Von Brandt said the opal for decades was in the care of his father, Guy von Brandt, who decided it had been "locked up long enough, that it’s time to put it back out in the world and see what interest it can generate."

"He entrusted me to figure out which direction we wanted to go to part with the stone," von Brandt told The Associated Press.