PHOENIX - A Latino cook whose co-worker got COVID-19 waited in his truck for a free swab at a rare testing event in a low-income neighborhood in Phoenix. A Hispanic tile installer queued up after two weeks of self-isolation while his father battled the coronavirus in intensive care. He didn't know his dad would die days later.

As the pandemic explodes in diverse states like Arizona and Florida, people in communities of color who have been exposed to the virus are struggling to get tested. While people nationwide complain about appointments being overbooked or waiting hours to be seen, getting a test can be even harder in America’s poorer, Hispanic and Black neighborhoods, far from middle-class areas where most chain pharmacies and urgent care clinics offering tests are found.

“There really isn’t any testing around here," said Juan Espinosa, who went with his brother Enrique to the recent drive-up testing event in Phoenix’s largely Latino Maryvale neighborhood after a fellow construction worker was suspected of having COVID-19. “We don’t know anywhere else to go.”

Hundreds of people lined up last week for another large-scale testing event in a different low-income area of Phoenix that's heavily Hispanic and Black.

Arizona — the nation's leader in new confirmed infections per capita over the past two weeks — and its minority neighborhoods are just starting to feel what New York and other East Coast and Midwestern communities experienced several months ago, said Mahasin Mujahid, associate professor at the University of California, Berkeley's School of Public Health.

“It's the perfect storm as this hits unlevel playing fields all across the U.S.,” said Mujahid, a social epidemiologist who studies health in disadvantaged neighborhoods. 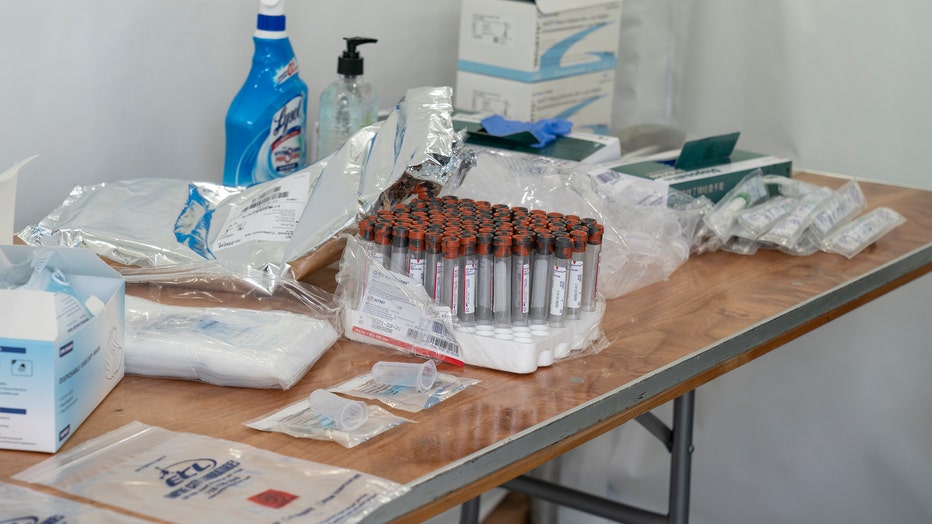 "Pandemics expose the inequalities in our health care system,” said Dr. Thomas Tsai, assistant professor at the Harvard T.H. Chan School of Public Health and a surgeon at Boston's Brigham and Women’s Hospital. “What is needed is to make testing free and as available as possible.

“Outreach to the Hispanic population, the Black community, to immigrants, the most vulnerable, unprotected people is critical for public health,” with a national response being ideal, he said.

But President Donald Trump's administration has delegated responsibility for testing to states that have stitched together a patchwork of responses, forcing private foundations and nonprofit community health organizations to fill in the gaps and ensure people of color are reached.

“If you just set up the testing sites in wealthy communities, you cannot rein this in,” said Dr. Usama Bilal, assistant professor at Drexel’s Dornsife School of Public Health in Philadelphia, where Black doctors recently won city funding for testing in African American neighborhoods.

When Florida officials were slow to roll out testing in the migrant community of Immokalee, the nonprofit Coalition of Immokalee Workers called on the international aid group Doctors Without Borders for help.

“It hit the African American communities very, very hard," said the corporation's executive director, Carlos Nelson. “We have since had great success in getting people tested and bringing numbers down. ”

In Arizona, the free drive-up testing June 27 drew nearly 1,000 people and was just the second big event of its kind in the heavily Latino neighborhood of Maryvale.

The first event, held June 20 by the privately funded Equality Health Foundation, drew criticism when much larger crowds than expected showed up, and some people waited for as long as 13 hours. Organizers had decided to take in those without appointments.

“It shows that there is an unavailability of testing if there is that kind of demand,” said Will Humble, executive director of the Arizona Public Health Association and former head of the state Department of Health Services.

Equality Health spokesman Tomás León acknowledged that “we were really overwhelmed” when so many showed up for the first round. The results from that event, while incomplete, showed about 24% of tests were positive, he said. Arizona's positive rate statewide had risen to 25.9% as of Sunday for the past week, which is the highest in the nation, according to the COVID Tracking Project.

The scene was more orderly a week later, after Equality Health doubled staff and nasal swabs and refused to accept people without appointments.

Arizona officials have since committed to increasing testing sites, especially in Maryvale and other areas of west and south Phoenix that are more than 80% Latino. Testing sites also are scarce in a part of the city where some neighborhoods are more than 15% Black.

“We need more tests, and we need more efficiency around tests,” Arizona Gov. Doug Ducey said in late June. “No one should have to wait hours and hours for tests to be conducted.”

But as of Sunday, Arizona was 38th among all states for the number of tests performed with results per 1,000 people, according to the Kaiser Family Foundation.

Like Black people, Latinos have high rates of health problems such as diabetes that make them more susceptible to the virus. And they often live in family groups that make the virus easier to spread.

Carlos Sandoval, 45, said his whole family needed testing after exposure to his 65-year-old father, who got COVID-19 and was susceptible because of a kidney transplant six years ago. His mother tested positive but didn’t have symptoms.

As Sandoval waited to be tested late last month, his father, was on oxygen at the hospital. His dad, also named Carlos, died June 30.

The family never imagined COVID-19 would touch them, he said.

“We, Hispanics, don’t believe the virus is very important until someone we know gets it," Sandoval said.

The Arizona Department of Health Services said in a statement on July 6 that more than 62,000 of the 101,441 reported cases involve people younger than 44 years old.

HeroZona Foundation is extending its free drive-thru testing blitz on July 9 and 10. You do not need to preregister or make an appointment. A valid form of ID is necessary to get a test.

Health expert: Number of Arizona COVID-19 cases may not be going down, but masks are working

The number of new daily coronavirus cases are actually higher now than they were two weeks ago. That's when a mask mandate was put in place in Maricopa County. So has it helped? FOX 10's Stephanie Bennett reports.