Throughout the competition, host Will Arnett and expert judges encourage the amateur builders, introduce incredible challenges and put the creations to the test.

Structural integrity and beauty will come together in an earth-shattering challenge on the latest episode of "LEGO Masters," where teams of LEGO enthusiasts will go head-to-head and attempt to build a structure strong enough to withstand an earthquake.

Throughout the competition, host Will Arnett and expert judges encourage the amateur builders, introduce incredible challenges and put the creations to the test.

"We have twelve teams this time; we have more bricks with 5 million bricks this year, but we also just have more crazy challenges," Corbett, who’s also a senior design manager at The LEGO Company, said. "You can expect to see LEGO bricks like you’ve never seen them before."

The competing pairs who impress the judges the most progress to the next round until the finale, when the top teams face off for a cash prize, the ultimate LEGO trophy and the grand title of LEGO Master.

"No individual is good at everything. So when you can balance yourself and have somebody that has the skills that you don’t, that’s a winning combination," Berard revealed as the secret to getting a "LEGO" up on the competition. 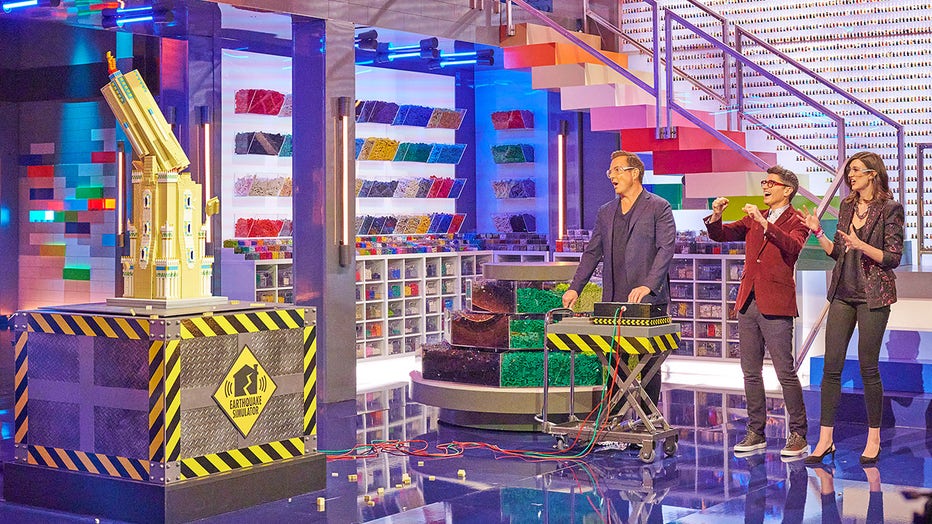 RELATED: Jamie Foxx, daughter reveal contestants will have chance to win up to $2 million on Season 4 of ‘Beat Shazam’

Corbett and Berard teased that Season 2 has "so many surprises" in-store.

"We are not betting people, but if we were asked in the first several episodes who’s going to win, even down to the last episode, we had no idea," Berard shared. "You just don’t know what you’re going to expect."