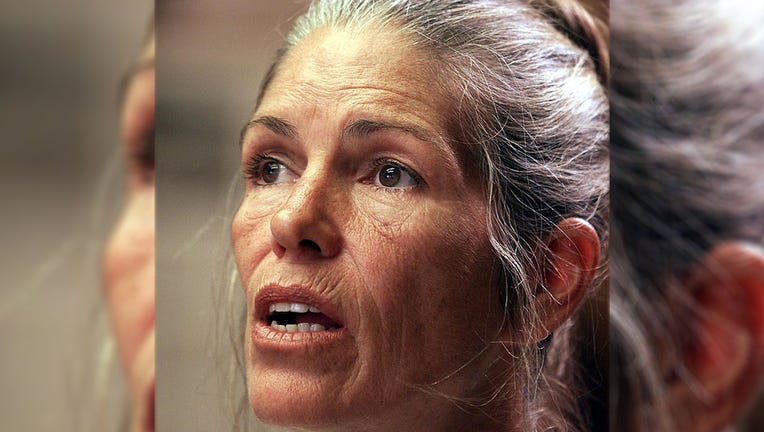 Leslie Van Houten, a former follower of Charles Manson, listens as former Deputy District Attorney Stephen Kay (not seen) describes the 1969 killing scene during a parole hearing on June 28, 2002, at the California Institution for Women in Corona, Ca

SAN FRANCISCO - The California Supreme Court has denied a potential bid for freedom by Leslie Van Houten, a Charles Manson follower serving a life sentence for her role in the murder of a Los Angeles grocer and his wife in 1969.

The high court on Wednesday refused to hear Van Houten’s appeal of a lower court ruling last December that denied her petition for a review. That petition had challenged what it deemed as denial of due process by Gov. Gavin Newsom in reversing a 2020 parole board recommendation.

The petition also said Newsom had refused to provide documents indicating when the board referred the case to him and argued that there was a "strong possibility" that he exceeded a 30-day time limit for review.

Van Houten, now 72, is serving her life sentence for helping Manson and other cult members kill Los Angeles grocer Leno LaBianca and his wife, Rosemary, in August 1969. She was 19 when she and other followers fatally stabbed the LaBiancas and smeared their blood on the walls.

The slayings came the day after other Manson followers, but not Van Houten, killed pregnant actress Sharon Tate and four others. 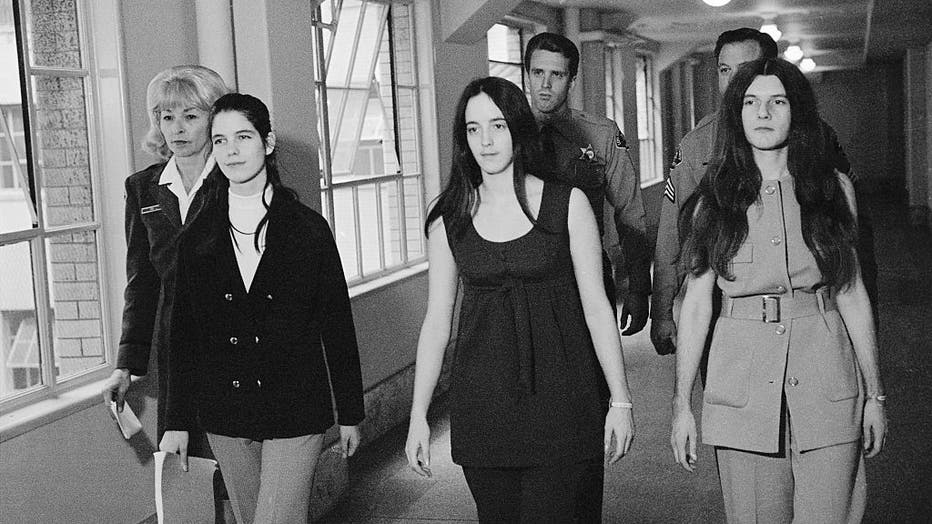 Van Houten was first convicted of murder along with the other defendants in 1971. Her attorney vanished during the first trial and was later found dead under mysterious circumstances — and she was granted a retrial in 1976.

In the first re-trial, the jury was unable to reach a verdict. She was tried a third time in 1978 and convicted of first-degree murder after the jury rejected her defense of diminished capacity as the result of prolonged use of hallucinogenic drugs.

Van Houten returned to prison, where she has earned bachelor’s and master’s degrees in counseling and leads programs to rehabilitate fellow inmates.

In 2020, the parole panel recommended that Van Houten be freed from prison, saying that she "does not pose an unreasonable risk to public safety" and had shown remorse for her crimes. Newsom, however, reversed the decision, saying she did pose an "unreasonable danger" if released.

Since 2016, parole boards have recommended five times that Van Houten be freed from prison. Then-Gov. Jerry Brown and Newsom have blocked her parole four times. The fifth recommendation came last November and remains under procedural review.

"I admit that she’s a model prisoner, and I commend her for that, and I think she should keep doing her good work in prison," retired prosecutor Stephen Kay, who helped lock up the Manson family members, told the Associated Press in 2019. "But you know, the victims in this case were dead and buried in 1969. They don’t get any parole."

Manson, a small-time career criminal who had reinvented himself as a hippie guru, dispatched a band of disaffected young followers on a deadly weekend rampage that would terrorize Los Angeles.

On that first night, Aug. 8, 1969, Manson sent a handful of his young, mostly female followers to the palatial hilltop estate of actress Sharon Tate with orders to kill everyone there. The 26-year-old actress and four friends were bludgeoned, shot and stabbed scores of times. Their blood was used to scrawl the words "Pigs" and "Helter Skelter" on the walls.

Tate, the wife of director Roman Polanski, was 8½ months pregnant, and her killers later testified that she pleaded in her last moments for her unborn baby’s life. Others killed were coffee heiress Abigail Folger, celebrity hairstylist Jay Sebring and Wojciech Frykowski, an aspiring screenwriter and friend of Polanski, who was out of town.

On the way into the estate, the attackers crossed paths with 19-year-old Steven Parent, who was leaving after visiting an acquaintance who lived in the guesthouse. Parent was shot to death.

The next night, Manson himself led a handful of followers to the home of wealthy grocer LaBianca and his wife, Rosemary, tying up the couple and leaving the others to butcher them with knives.

Authorities would say later that it was part of a plot Manson hatched to persuade gullible young followers to launch a race war that only he could hide them from. He’d gotten the premonition, they said, from a twisted interpretation of the Beatles song "Helter Skelter."

Manson died in 2017 of natural causes at a California hospital while serving a life sentence.

Van Houten and her boyfriend ran away to San Francisco’s Haight-Ashbury District during the city’s Summer of Love when she was 17.

She was traveling along California’s coast when friends introduced her to Manson, who was living at an abandoned movie ranch on the outskirts of Los Angeles.

There he recruited what he called a "family" to survive what he predicted would be a race war that he planned to start by committing the series of random, terrifying murders.