Made In Arizona: Former firefighter now makes his own wine in the East Valley

A man who moved to the East Valley over two decades ago retired from his day job as a firefighter, and is now making some truly unique Arizona wine. FOX 10's Christina Carilla reports, in this week's edition of Made In Arizona.

GILBERT, Ariz. - If you're looking for a good glass of wine, you don't have to look very far.

Garage-East Winery has only been open for a few years, but its wine is already winning awards, and the best part is they use Arizona vineyards to make their wine.

Brian Ruffentine moved to Gilbert more than 20 years ago. He worked as a firefighter, and he and his wife, Meagan, have some friends who own a winery.

After visiting with them and learning the process, brian was ready to retire from his day job.

"The more we drank, the more I realized I could retire from that and we could join our strengths together and open up Garage-East," said Brian.

In 2016, the Ruffentines opened their very own winery in Gilbert. At Garage East, they produce about a dozen different wines.

"Very traditional style wines. We have some beautiful red blends. In fact, one of them just won Best Red Wine in Arizona," said Brian. 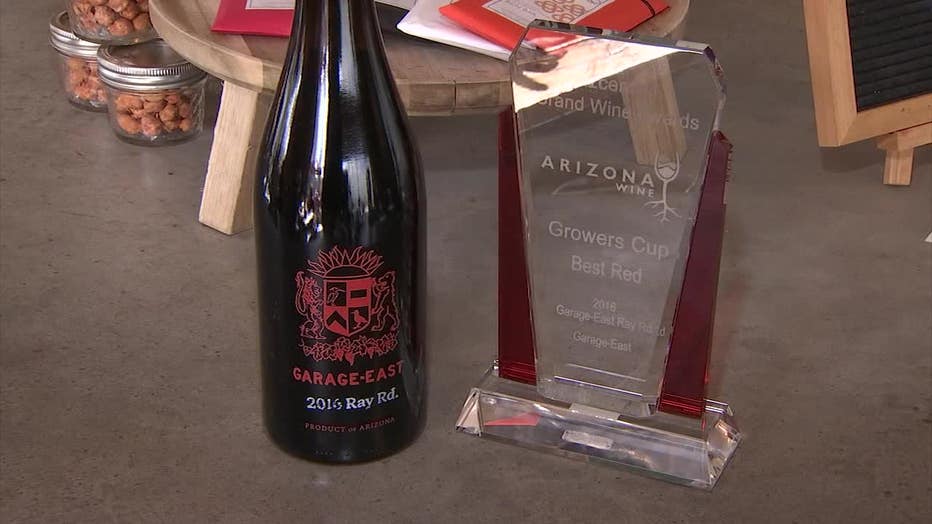 "We blend our breakfast wine here. We make our spritz from scratch here, which is really fun. We call it Sonoron Spritz because we like to like to source as many ingredients from the area as we can," said Brian.

All the grapes used to make the wine come from Arizona.

"They come from Todd's Vineyards in Wilcox and in Sonoita," said Brian. "And then we also buy some white grapes from another vineyard that he used to own that he sold to Maynard Keenan from Merkin Vineyards."

If you can't take a seat to stay awhile, no problem. Brian says they're ready to serve you, on the go.

"We put all of our wines on tap so that we can pour them by the glass, and then if somebody wanted something to go, we would put them in a bottle to go or a can," said Brian.

It's an atmosphere they're proud of: small, close-knit. and makes you feel at home.

"Arizona is really cool, and it's got a lot of things going for it. It's not just the wines that we make, but also the wines that other folks make. So if you look at our wine list, we highlight and serve not only the wines that we've made, but other Arizona wineries as well," said Brian. 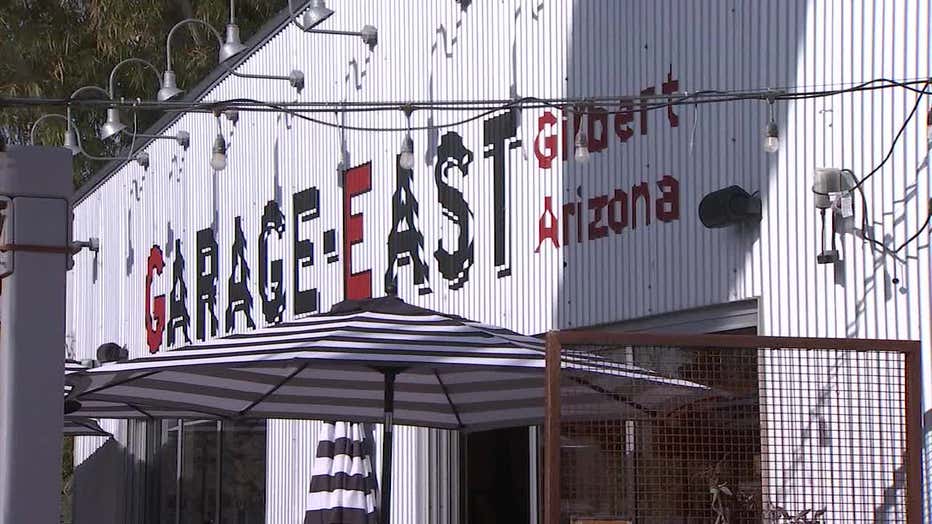