Crowds gathered outside the Staples Center in Los Angeles on Sunday to pay tribute to Lakers legend Kobe Bryant.

Bryant, 41, was killed in a helicopter crash in Calabasas, California, located about 30 miles northwest of downtown Los Angeles, along with eight others. His 13-year-old daughter, Gianna, was among those killed in the crash.

Los Angeles officials said the chopper plunged into a hillside at about 9:45 a.m., scattering debris over an area the size of a football field. The helicopter was headed to Bryant's Mamba Sports Academy in nearby Thousand Oaks, which was holding a basketball tournament on Sunday.

"As I try to write this post, my mind is racing," Johnson wrote in a series of tweets. "I’m in disbelief and have been crying all morning over this devastating news that Kobe and his young daughter, Gigi have passed away in a helicopter crash. Cookie and I are heartbroken."

Bryant was an 18-time All-Star who won five NBA championships and spent his entire 20-year career with the Lakers. Johnson played point guard for the Lakers for 13 seasons and later served as president of basketball operations for the NBA team. 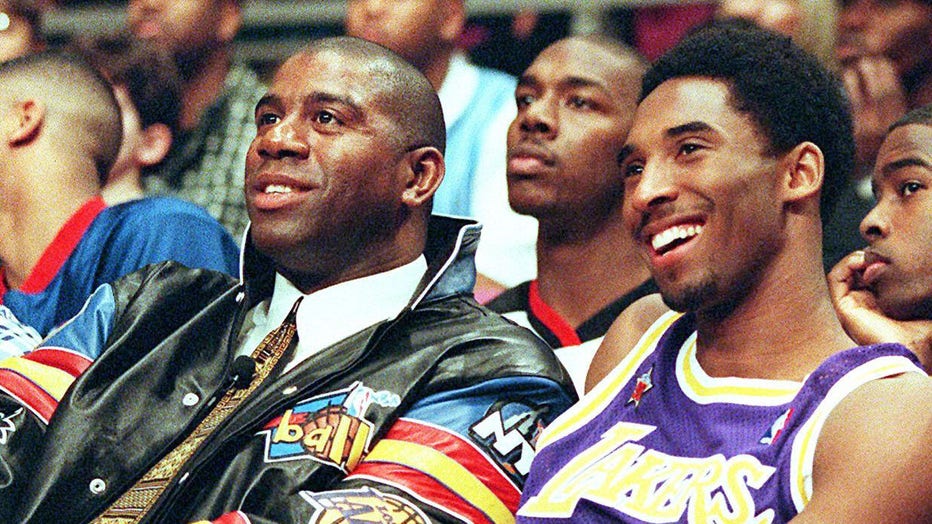 “I love him, his family and what he stood for on the court and off the court,” Johnson continued. “My friend, a legend, husband, father, son, brother, Oscar winner and greatest Laker of all-time is gone. It’s hard to accept. Kobe was a leader of our game, a mentor to both male and female players.”

Johnson went on in another tweet to acknowledge Bryant’s impact on the game of basketball.

“He gave his knowledge, time, and talent to tutor so many at the youth level, collegiate level, & NBA & WNBA players,” Johnson wrote. “I know basketball fans all over the world will miss him, especially the City of Los Angeles."

“He was such an icon but also did so much for LA. He was passionate about serving the homeless and was an advocate for women's basketball. Coaching his daughter’s basketball team brought him so much happiness,” Johnson tweeted.

Johnson said he would miss the special conversations the two shared “about life and basketball.”

“Laker Nation, the game of basketball & our city, will never be the same without Kobe. Cookie & I are praying for Vanessa, his beautiful daughters Natalia, Bianka & Capri, as well as his parents Joe & Pam & his sisters. We will always be here for the Bryant family."