Some of the animals were also malnourished and injured, and one dog has since had a leg amputated, according to authorities. 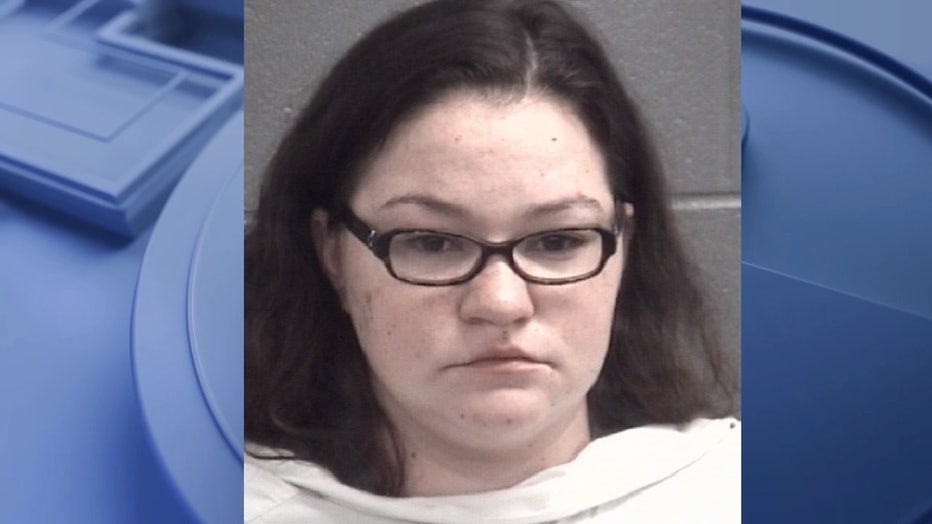 The credit for the discovery goes to Clover, a mother of ten puppies whose actions helped alert authorities. Clover’s owner, 27-year-old Ashley Gresham is facing six counts of felony animal cruelty. Clover and her pups are now safe with Royal Animal Refuge in Fayette County. 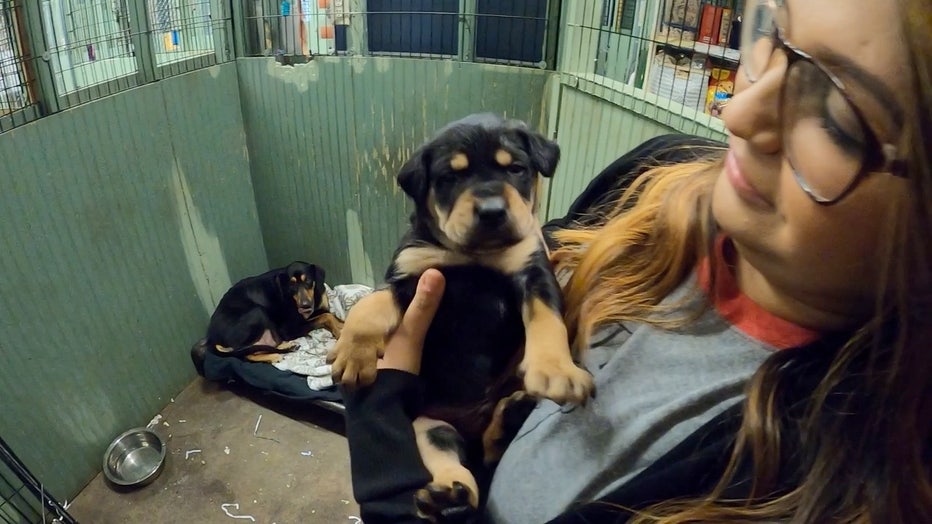 Clover and one of her ten puppies

“Not only was she trying to get us to her puppies but it was almost like she was looking out for everybody else there,” said Mariel Weigand, Director of Royal Animal Refuge. “She’s a very special girl”.

It started when two volunteers for Royal Animal Refuge acted on a tip about a stray mother dog on Tri County Road in Spalding County. They found Clover who they say was reluctant to be captured and led them to the property were her ten puppies as well as caged animals were in distress and danger. 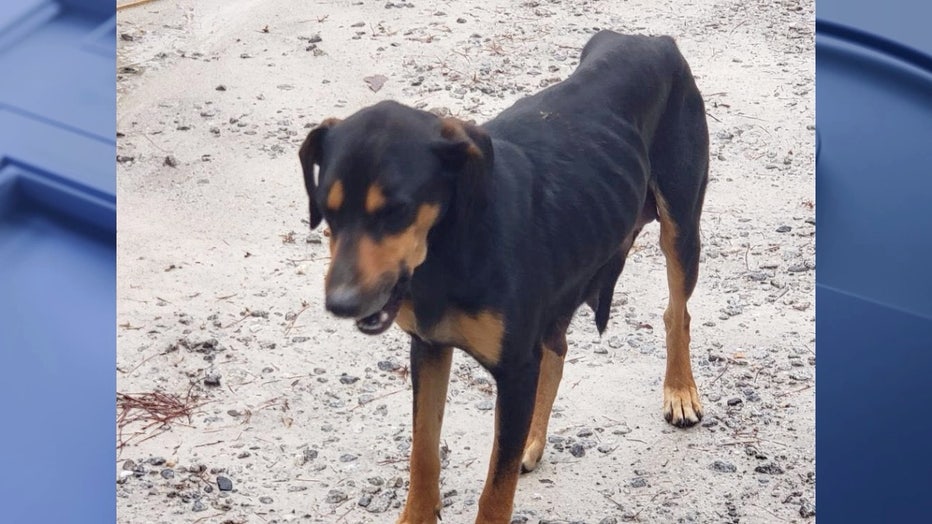 “You could see it from the street,” Weigand said. “You could smell it.  Something was wrong.”

Spalding County deputies responded. They confirmed what the volunteers feared. Something was definitely wrong. 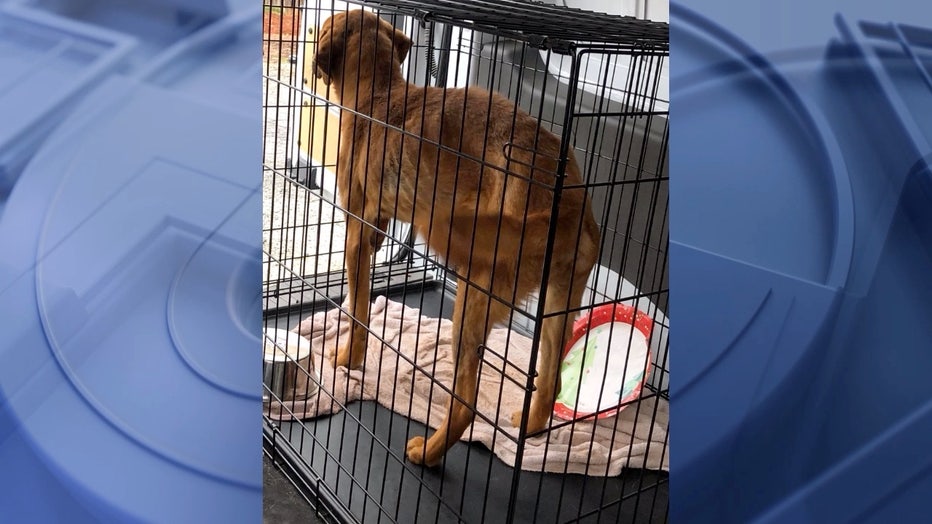 According to their incident report, “Upon walking the property with Animal Control six deceased animals were discovered in pens. There was a dog in a dog house inside the kennel, there was dead chicken in a coop, two dead ducks and two dead rabbits in different cages.” 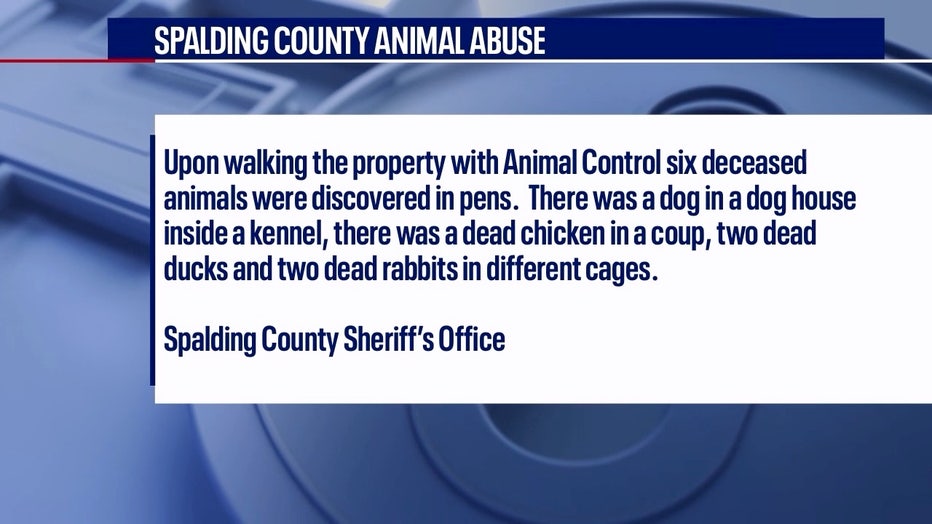 They say Gresham released control of her dogs to Royal Animal Rescue. The worst off is Archie who had a broken leg that the vet could not save.  Teddy also needs medical treatment. Lilo and Stitch are shy and underweight. Then there is the hero of this story Clover. 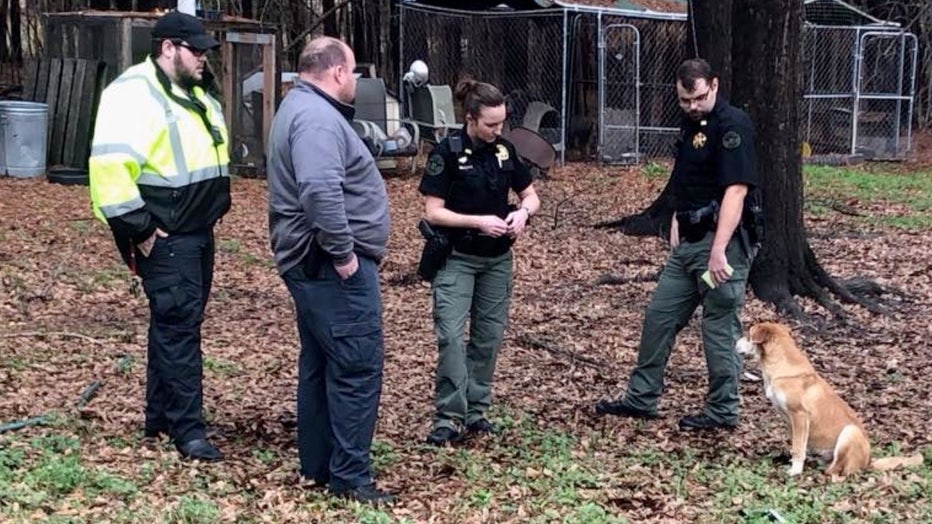 The rescue group is seeking donations to pay for their care.

All of the dogs will be up for adoption. They are in desperate need of a foster home for Archie whose leg was amputated.

For more information and to help with donations you can go to the Royal Animal Refuge, click here. 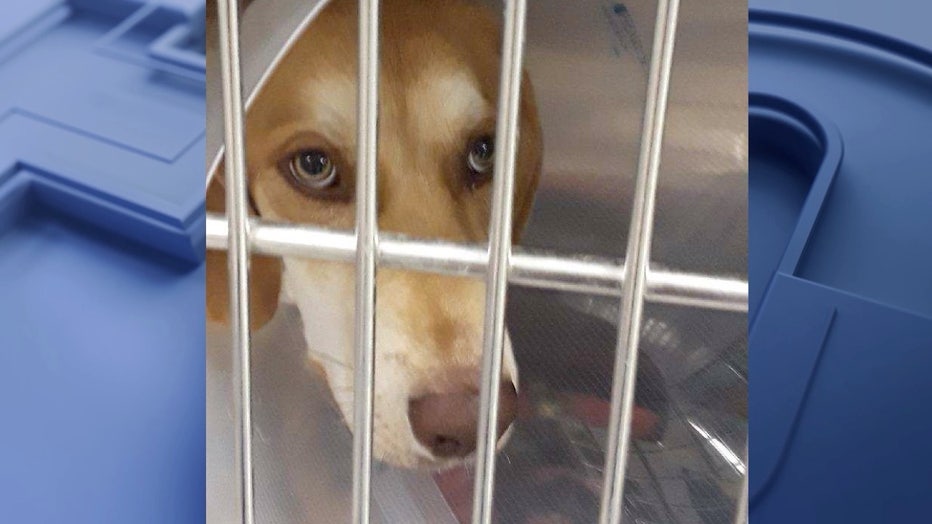