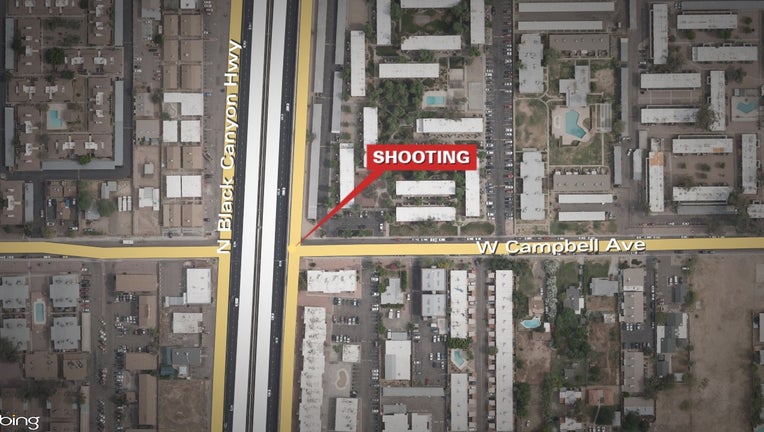 PHOENIX - A man was found dead inside his Phoenix apartment near I-17 and police believe a criminal act caused his death.

Phoenix Police officers responded to an apartment complex near the highway and Camelback Road for reports of an injured person around 4:45 a.m. on Sunday, Jan. 8. Justin Finch was found with a gunshot wound and died at the scene.

Anyone with information about the shooting is asked to call Phoenix Police or Silent Witness at 480-WITNESS.

A man accused of shooting a Scottsdale police sergeant in downtown Phoenix on Friday, Jan. 6, was shot while being taken into custody in Tempe a day later and died from his injuries.

The shooting happened near 19th Avenue and Indian School Road after the child somehow managed to get ahold of a gun inside the apartment.

A man has been arrested after police say he shot another man following a fight in the parking lot of a restaurant in Gilbert.