LOS ANGELES COUNTY, Calif. -  A man who allegedly opened fire on a San Fernando police officer in the Angeles National Forest at the end of a vehicle pursuit in November was in custody Thursday in Arizona, authorities said. 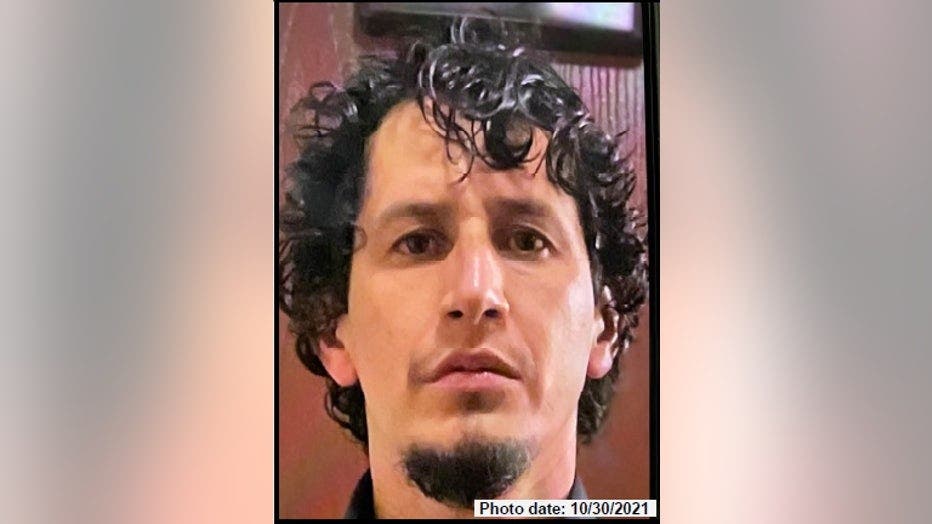 Juan Carlos Vazquez, 38, of Pacoima was arrested on Tuesday, according to the Los Angeles County Sheriff's Department.

The confrontation with the San Fernando officer occurred on Nov. 8 at about 4 a.m., when the officer pursued a white GMC pickup that failed to stop following a traffic violation, sheriff's Deputy Trina Schrader said.

The truck driver led the officer to the 13300 block of Little Tujunga Canyon Road in Sylmar, where the officer briefly lost sight of the vehicle before finding it disabled on a dirt shoulder. The officer exited her patrol car to search the area, but immediately came under gunfire, Schrader said. The officer, who was not injured, returned fire.

On Nov. 9, Vazquez was named as a person of interest in the investigation, and authorities sought public help to find him.

"The Los Angeles County Sheriff's Department Homicide Bureau with the help of the department's Major Crimes Bureau has worked tirelessly in efforts to locate and arrest the armed and dangerous suspect," sheriff's Deputy Shawn Du Busky said in a statement on Thursday.

On Tuesday, detectives from the Buckeye PD, along with the Phoenix Area West Valley Federal Marshals team, found Vazquez traveling in a compact car with several other men, Du Busky said.

"A tactical traffic stop was conducted and after a short standoff, suspect Vazquez was taken into custody," Du Busky said. "An AR-15 style semi- automatic `ghost' pistol was in his possession at the time of his arrest."

Vazquez remains in custody in the Maricopa County Jail on a parole violation warrant and a "fugitive from justice charge," Du Busky said.

"He will remain in custody in Arizona pending extradition proceedings," Du Busky said. "Suspect Vazquez will be transported back to Los Angeles County for formal booking and eventual filing of criminal charges for attempted murder of a peace officer."