ANTHEM, Ariz. - Officials with MCSO say credit card skimmers have been found at two gas pumps in the Anthem area.

In a statement released Friday afternoon, officials say crews were called out to a Circle K along the 39000 block of Daisy Mountain on July 23 for a report of card skimmers that were found. The person who reported it said ht was called out to repair a gas pump when he noticed that wires connecting the card reader had been disconnected, and the metal housing surrounding the reader had been damaged.

MCSO officials say there have been 13 reported victims of credit card fraud that are believed to be connected to the location, and most victims said their cards were used over the first weekend in August, about 11 days after the skimmer had been located, and it is believed there are more victims out there.

On Friday, FOX 10's Justin Lum spoke with one woman who believes she could be a victim. The woman, Kacie Hagan, says she gets gas at the station almost every day, and recently, her bank account got wiped out.

"I have six kids, so that's a lot to me. That's really hard, that's a heavy hit," said Hagan. "That's a week's worth of groceries for us, and so that really hit home to have somebody go through my bank account and take everything I had to feed my children."

The $700 hit to Hagen's bank account, she says, happened after she pumped gas at the Circle K. She said her bank didn't believe she could be a victim of fraud. She had to prove it.

"So I had to go get the videotape from Target and all these other stores. It was frustrating. Really, really frustrating, and I had to fight the bank and call the police and file the police report so I finally got my money back, but it took weeks," said Hagan.

Billy Wade said he fell victim to a skimmer during the holidays.

"Mostly at Christmas," said Wade. "Went to use my card and found out that I had been debited, like, $2,000 at one time and $1,000 another time," said Wade. "It's horrible because you have to get new cards, because you can't use your card anymore, because they canceled it. So you have to get a new card and wait for that to come in the mail, but you get a temporary one." 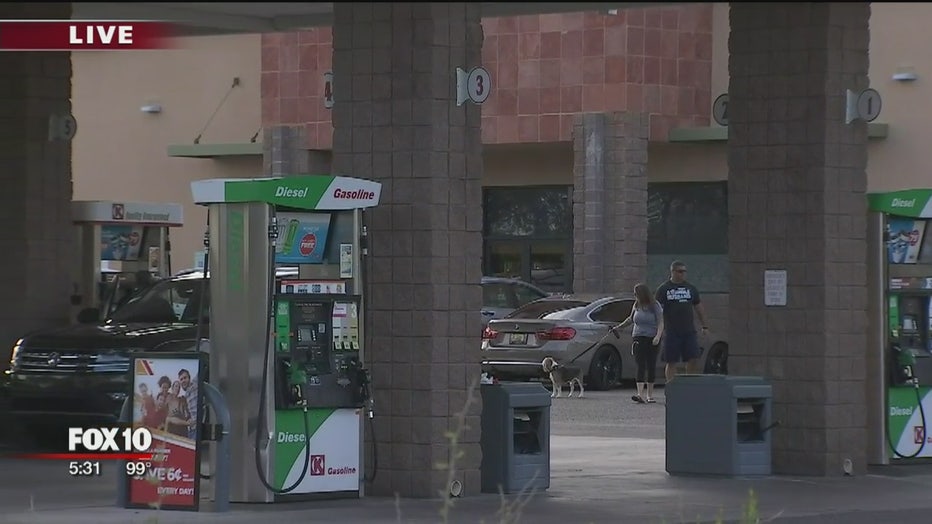