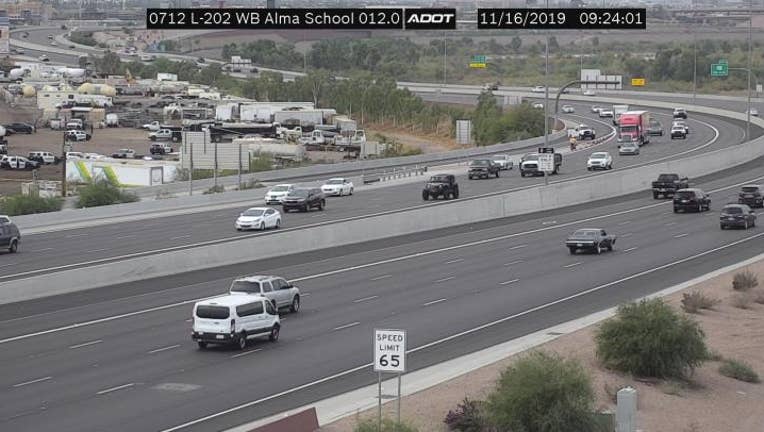 The incident happened just after 8:00 Saturday morning near Loop 202 and Alma School Road.

Police say they received a call from employees at a business about a strange man with a weapon going through cars. Officers arrived and found the man inside one of the business's white trucks. They approached the man and asked him to drop his weapon. The man instead pointed his handgun at officers and they fired at him.

Police are still in the early stages of the investigation.