MILLINGTON, Mich. - Police say four girls threw hot coffee and fought to stop a man who was trying to abduct one of them.

The girls, who range in age from 11 to 14, were leaving a Speedway store in Millington, Michigan, on Monday night when they told police a man grabbed the youngest around the head and said she was coming with him.

The man has been identified as 22-year-old Bruce Hipkins.

The three other girls threw hot coffee on him and kicked and hit him until he let the girl go. Then police say he grabbed another girl by her hair and the others renewed their attack until he released their friend.

Eventually Hipkins let go of the girl but tried to grab a different girl by the hair.

Again, the girls kicked and hit the man until he let her go too. He ran off and a Speedway employee called 911.

Police arrived and took their statements and he was later arrested walking north on M-15 near Ellis Road in Millington. He was arrested and booked into the Tuscola County Jail.

Hipkins has been charged with kidnapping, unlawful imprisonment, assault with intent to commit sexual penetration, and other charges. According to police, he has developmental disabilities.

Allison is still shaken about what but happens but said she's glad she fought for her life.

"I'm mad but I want him to get the help he needs," Allison said. 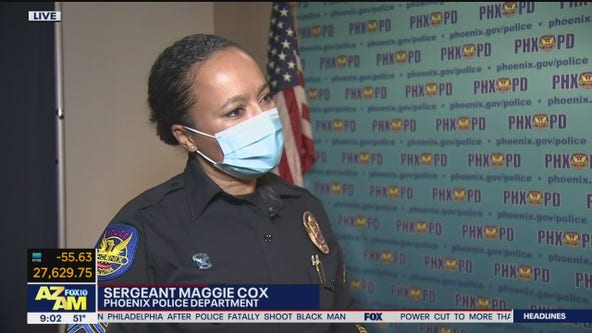