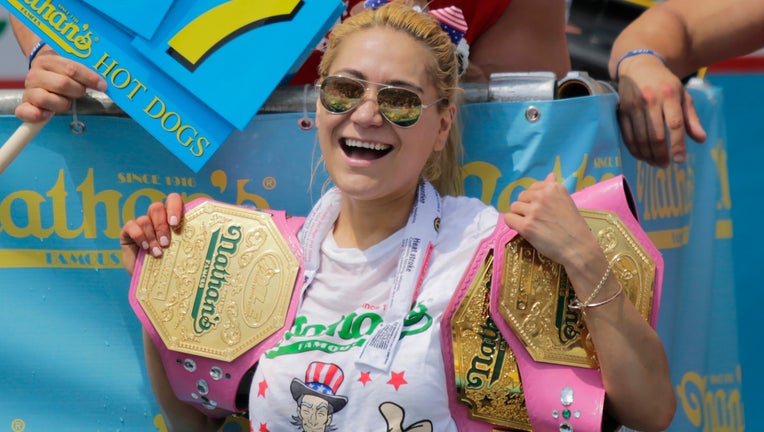 Thousands of attendees braved 83-degree temperatures and a heat index of 91 degrees to witness the annual July Fourth competition on the Coney Island boardwalk.

Ten-time winner Joey "Jaws" Chestnut will confront 20 other men during the men's competition later Wednesday for the coveted Mustard Belt.

Sudo was a fan favorite, drawing big cheers from the crowd during her performance, which was slightly delayed after she requested new water to soak her buns.