The order goes into effect on Saturday, July 25.

“This is the cheapest, most effective way…to get back to that life that we all miss so much,” Walz said of the new mask mandate.

Walz announced the move at a 2 p.m. news conference. He was joined by business owners from Minneapolis and Bemidji and infectious disease experts who said wearing a mask helps slow the virus.

Hannah Peura, owner of Compass Rose boutique shop in Bemidji, says the statewide mask mandate "takes the pressure off" individual business owners to make the decision. She said wearing a mask is a "small sacrifice" to avoid having to shut down again.

Across the U.S., more than 30 states have now implemented statewide requirements. The Republican governors of Ohio and Indiana imposed similar mandates in their states on Wednesday.

Where do you have to wear a mask?

The order requires people to wear a face mask or face covering in all public indoor spaces and indoor businesses, including when waiting outside to enter the space. Workers must wear masks outside when social distancing cannot be maintained.

People also must wear masks while riding public transportation, in a taxi, or a ride-sharing vehicle. Schools are also covered, though Walz has not announced when they'll be allowed to reopen for classes.

People do not have to wear a mask at home, in a private vehicle, in a hotel or motel room or other short or long-term housing unit. Masks are also not required to be worn outdoors or when participating in outdoor recreation.

A full list of where you do and do not have to wear a mask in Minnesota can be found here.

Children under 5 are exempt from the mask mandate, as are people who have medical or other health conditions, disabilities or mental health, developmental or behavioral needs that make it difficult to tolerate wearing a mask or face covering.

Also exempt are workers who would create a safety hazard to the themselves or others by wearing a mask at their workplace as determined by local, state, or federal regulators or workplace safety guidelines.

The order does not apply to the state Legislature, Minnesota's courts system, or federal officials acting in their official capacity.

Is there a penalty for not wearing a mask?

"I want (law enforcement) handing out masks, not tickets," Walz said. "We don’t want to escalate these. We don't want someone to accidentally get famous on the internet because they're throwing a tantrum in Trader Joe's."

What happens to city mask mandates?

The order also allows cities to impose their own requirements that are tougher than the state mandate.

When will the mask mandate end?

Walz did not set out a date or specific metrics for ending for the mask mandate. He said the mandate "could be with us for a few months."

“I think it’s dawning on people we’re in it for the long haul," Walz said.

What are lawmakers saying?

"Businesses and individuals are already requiring and wearing masks in most situations, so the mandate feels like a heavy-handed, broad approach that won’t work well for every situation," Senate Majority Leader Paul Gazelka, R-East Gull Lake, said in a statement reacting to Walz's plans.

Walz responded to Gazelka's statement, saying he is “simply wrong.”

Walz had been holding out, hoping to get Republican lawmakers to buy into to a mask mandate. But the governor said GOP lawmakers refused to go along during the most recent special session, so he was poised to do it through his broad emergency powers. 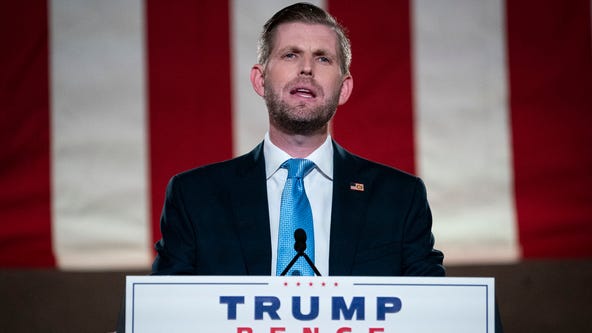