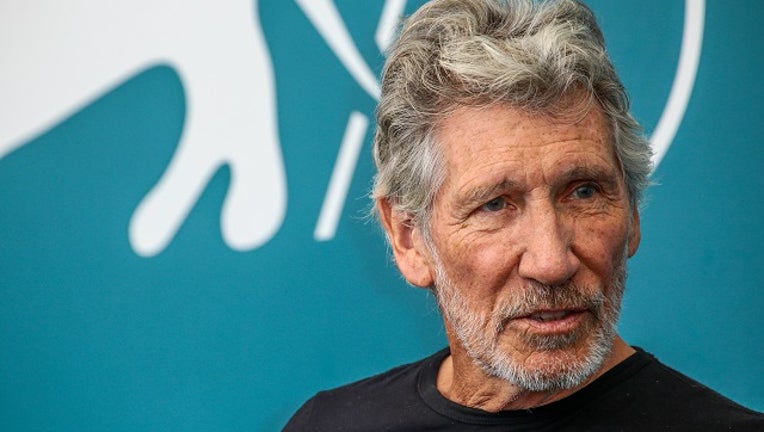 Roger Waters attends the "Roger Waters Us + Them" Photocall during the 76th Venice Film Festival at on September 06, 2019 in Venice, Italy. ((Photo by Matteo Chinellato/NurPhoto via Getty Images))

The leadership of the Jewish advocacy organization B'nai B'rith International sent a letter to baseball Commissioner Rob Manfred last month criticizing the sport's involvement in ticket sales for Waters' "This is Not a Drill" tour. MLB.com was among the organizations sponsoring ticket presales.

Waters has supported the boycott, divestment, sanctions movement known as BDS that presents itself as a nonviolent campaign for Palestinian rights and does not endorse a specific solution to the conflict with Israel. Israeli authorities say the movement's true aim is to delegitimize the nation and eventually wipe it off the map.

Waters also has been criticized for his use of the Star of David at some of his shows. He has said he never intended to offend the Jewish people and made changes after hearing complaints.

B'nai B'rith said in a statement Friday that MLB told it "there are no plans to schedule any more ads on the MLB platforms." MLB later confirmed B'nai B'rith's statement was accurate.

MLB has said the promotion was part of an ad buy by AEG/Concerts West for multiple concert tours.

Waters' spokeswoman, Fran Curtis, did not immediately return a request for comment.