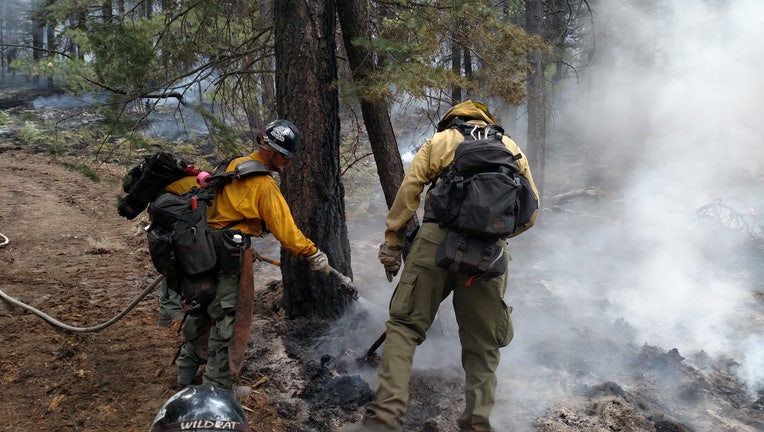 PHOENIX - Six fire crews consisting of inmates from Arizona prisons have been deployed to help fight the Bush Fire in Tonto National Forest and the Bighorn Fire near Tucson, the Arizona Department of Corrections said on Wednesday.

There are currently 113 inmates fighting the fires, officials say.

The state has required extensive resources to fight the now 75,000-acre Bighorn Fire in the Santa Catalina Mountains near Tucson and the 186,000-acre Bush Fire in the Tonto National Forest, and called on the inmate crews to help.

The Bush Fire is currently the fifth-largest wildfire in Arizona history.

The crews include low-level offenders from the Winslow, Florence, Lewis, Yuma, Tucson and Safford Prison Complexes, and have all been trained to be professional firefighters through a partnership with the state Dept. of Corrections and Arizona State Forestry.

"Some have also achieved advanced qualifications," officials said in a statement. "Each year, the crews work during wildfire season to help with suppression efforts as well as brush abatement outside of the fire season."

Officials say the inmate crews will be quarantined and monitored for two weeks after fighting the fires to ensure they are free of COVID-19 before returning to their respective prisons.