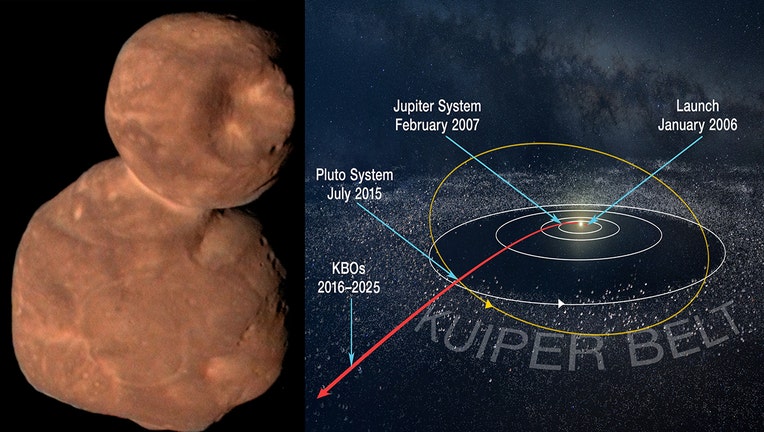 In a fitting tribute to the farthest flyby ever conducted by spacecraft, the Kuiper Belt object 2014 MU69 has been officially named Arrokoth, a Native American term meaning “sky” in the Powhatan/Algonquian language.

CAPE CANAVERAL, Fla. (AP) - The most distant world ever explored 4 billion miles away finally has an official name: Arrokoth.   NASA said Tuesday that means "sky" in the language of the Native American Powhatan people.

NASA's New Horizons spacecraft flew past the snowman-shaped Arrokoth on New Year's Day, 3 1/2 years after exploring Pluto. At the time, this small icy world 1 billion miles (1.6 billion kilometers) beyond Pluto was nicknamed Ultima Thule given its vast distance from us.

Lead scientist Alan Stern says the new name "reflects the inspiration of looking to the skies."

The Powhatan and New Horizons have regional ties. The spacecraft is operated from Johns Hopkins University's Applied Physics Lab in Laurel. The Hubble Space Telescope -- which discovered Arrokoth in 2014 -- has its science operations in Baltimore.