Season 3 is coming in hot.

Cannon, host of the singing competition where celebrities remain disguised in head-to-toe costumes, is featured in a new clip with clues for what fans can expect in the new season.

In the preview, he delivers costumes to a new batch of mystery contestants. A mouse gets dropped off to someone in a pink tracksuit and Uggs in Beverly Hills, standing beside a Chihuahua in a tutu. A robot gets delivered to a cowboy, and another costume appears to get dropped off to a football player. 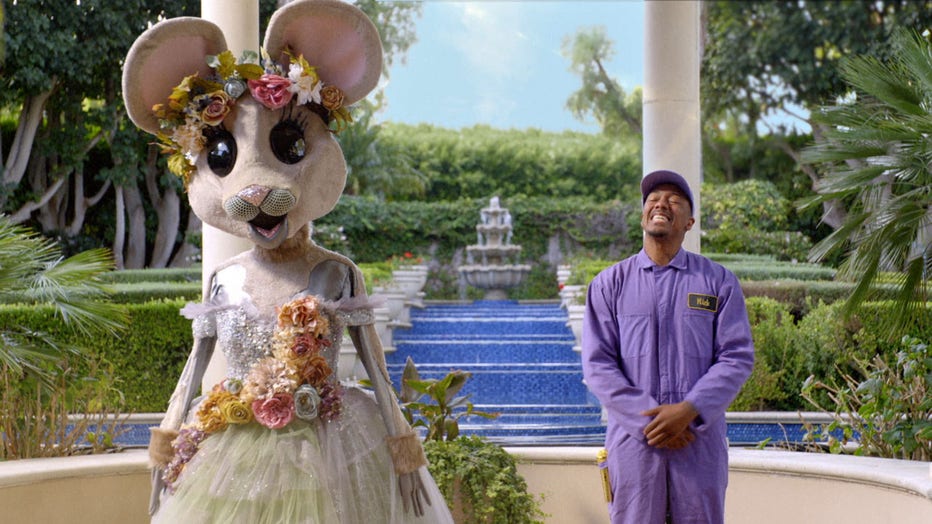 “The Masked Singer” host Nick Cannon is pictured delivering a mouse costume to a mystery celebrity in a teaser clip of season 3. (Photo credit: FOX)

There’s also a banana costume, as well as a pink, one-eyed monster costume that gets delivered to a woman lounging at a beachside mansion.

“You gotta be kidding me,” Cannon exclaims in the video when he sees one of the contestants. “Season 3 is about to be lit!”

Fox, flamingo and rottweiler rounded out the finalists of season 2. Flamingo came in third, revealed to be actress, singer and “The Real” co-host Adrienne Bailon.

Runner-up went to rottweiler, also known as “American Idol” Season 5 contestant Chris Daughtry — while Brady was hidden under the fox mask and ultimately crowned as the winner.

Brady called the experience “one of the most amazing roller coasters that just kept going up.”

“This has been the coolest, most amazing, most touching, most challenging, weirdest — and I host ‘Let’s Make a Deal.’ But, God, I mean, really I’m gonna take this with me forever,” Brady said on stage after the unmasking.