ST. CLAIR SHORES, Mich. (FOX 2) - The message to the St. Clair Shores City Council Monday was just because it can legally charge the daughter of a murder victim to demolish the house where the crime happened, it doesn't mean they should.

As Emily Shankie was processing the tragic loss of her mother, she was hit with another shock. She would have to pay to have the house where mom was killed, demolished.

The message to the St. Clair Shores City Council Monday was just because it can legally charge the daughter of a murder victim to demolish the house where the crime happened, it doesn't mean they should.

"We are like this isn’t true. they can’t do that. after two years we found out it’s legal. and it’s happening."

In 2019 during a July 4 celebration on St Margaret Street a 58-year-old man started shooting hitting a woman and an 11-year-old child. Carol Baur, Emily’s mom, was also shot and killed, in what we later learned was an abusive relationship.

"My mom is a hero," said Shankie. "She pulled a crazed man into her house to stop him from harassing others and by doing so he took her life."

The shooter, Tom Ihlendfeld, barricaded himself in the house firing at police for more than 24 hours before shooting and killing himself. Police attempted many tactics during the standoff.

"They sent in tear gas, a robot, they tried to flood him out. eventually, they ripped down a portion of the house and in the process, it became uninhabitable," said Emily Calabrese, Lakeshore Legal Aid.

The house was leveled and the estate of Carol Baur, essentially Emily Shankie was sent the bill, which comes to $13,600. 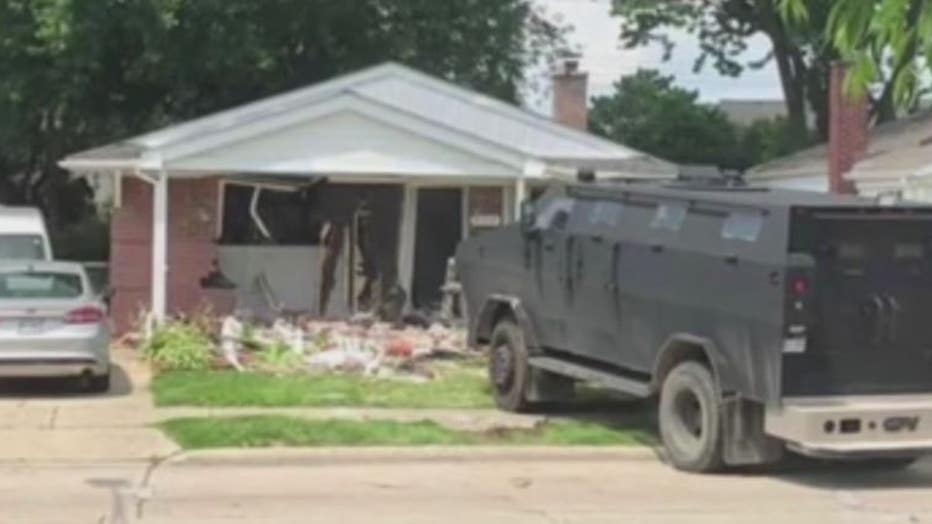 A barricaded gunman situation in St. Clair Shores lasted for days in 2019.

Legally, the debt was upheld in court, but Shankie says just because it's legal doesn't make it moral.

"We support each other and this sends the wrong message to everyone surrounding us," Shankie said.

With the help of the Lakeshore Legal Aid they are pleading for the St. Clair Shores City Council to take some action.

About 24 people spoke on her behalf during the meeting while many others in the community have reached out to the council in support of Shankie’s situation.