FULTON COUNTY, Ga. - A woman accused of setting fire to the southwest Atlanta Wendy's where Rayshard Brooks was shot bonded out of jail Wednesday. This after being granted bond with certain conditions earlier in the day by a Fulton County magistrate judge.

Prominent Atlanta attorney Drew Findling said he has known Natalie White since she was about 8 years old.

He asked a judge to grant her a signature bond on the first-degree arson charge in connection with the fire at the Wendy's restaurant on University Ave. Protestors burned the restaurant down after Atlanta police shot 27-year-old Rayshard  Brooks in the back on June 12 during a DUI arrest.

"Natalie did not set that Wendy's on fire, I want to make that point clear," Attorney Findling said.

Magistrate Judge Todd Ashley told the court Ms. White may be a danger to the community and insisted on a $10,000 bond and house arrest. The judge also banned the UGA grad from using social media while out on bond.

The Fulton County Sheriff's Office announced on Twitter that they had apprehended the 29-year-old Tuesday afternoon shortly after Brooks' funeral ended. 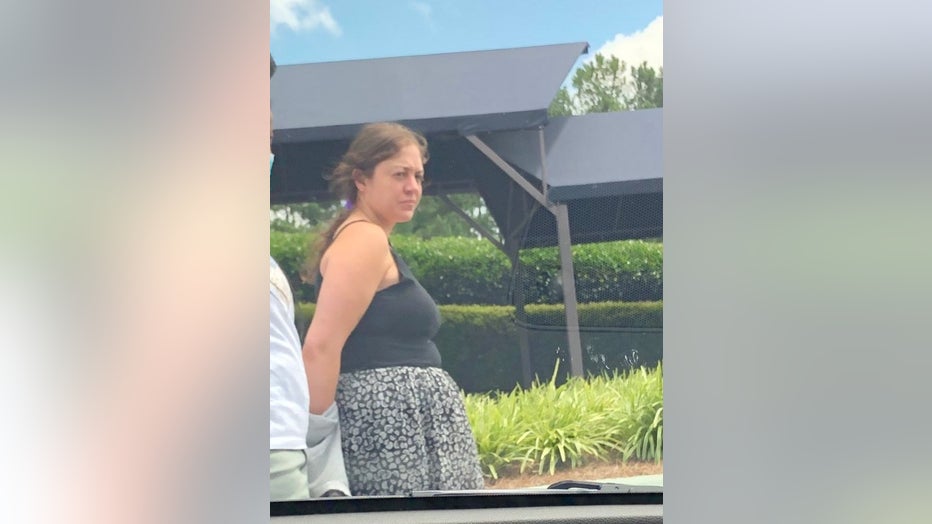 White was identified as a suspect on Saturday and Atlanta fire investigators obtained a warrant for her arrest for first-degree arson.

Findling said the woman in those images that investigators released is Natalie White, but that she didn't start the fire.

He said he was involved in discussions with the district attorney’s office to turn herself in over to authorities over the weekend.

White's lawyer also confirmed she is the woman Rayshard Brooks was talking about to officers, seen on bodycam video just minutes before he died, but would not elaborate out of respect for the Brooks family.

The woman accused of setting fire to the Wendy's where Rayshard Brooks was shot and killed was arrested Tuesday.

Attorneys for Brooks’ widow released a statement Tuesday—the day of the 27-year-old father’s funeral that reads:

Natalie White, one of the women wanted in connection to a fire set at the Wendy's where Rayshard Brooks was shot and killed, was arrested Tuesday, prompting protesters to demonstrate outside the jail.

Attorney Findling said his office has been inundated with support.

"I want to thank all the people out there. It is actually blowing our minds. They are sending us emails and texts. Messages via social media that want to give to her legal fees and help with the bond and other costs," Findling remarked.

The State Arson control board has are offered an additional $10,000 reward in the case. Authorities had previously announced a $10,000 reward for any information that leads to the arrest of anyone connected to the fire, which gutted the restaurant during a demonstration over the killing of Brooks by a white police officer.

Atlanta Fire Department officials say that the fire at the fast-food restaurant started in multiple locations using multiple incendiary methods and devices. Officials estimated that there were at least 10 attempts to set the building on fire.

White was booked into the Fulton County Jail where a small, but vocal group of protesters gathered to denounce her arrest late Tuesday evening. She was released Wednesday evening.