National Vodka Day: How the spirit rose to popularity

Whether you like your vodka cocktails shaken, stirred, dry, or dirty, there’s a lot to learn about this clear spirit.

LOS ANGELES (FoxNews) - Whether you like your vodka cocktails shaken, stirred, dry, or dirty, there’s a lot to learn about this clear spirit. So in honor of National Vodka Day, Fox News consulted a range of experts to deliver some insights — and recipes — regarding one of America's preferred spirits.

Bob Nolet, the vice president of marketing and the master distiller at Nolet Spirits, the producers of Ketel One, tells Fox News the drink has been "popular in the U.S. for a very long time," but credits the "cocktail mania" of the '80s for inspiring his own father — among other spirit innovators — to develop their brands suited to new tastes.

And after long and careful consideration, he's pretty confident that 007's preferred martini was made with vodka as opposed to gin.

"James Bond's preferred martini is a vodka martini, judging by how often he orders them in his novels," Nolet says. "He orders 19 vodka martinis, 16 gin martinis and one Vesper martini, made with both." (The website VinePair also credits 1962 film adaptation of "Dr. No" with popularizing the notion of a vodka martini, after Bond is provided with one at his request.) 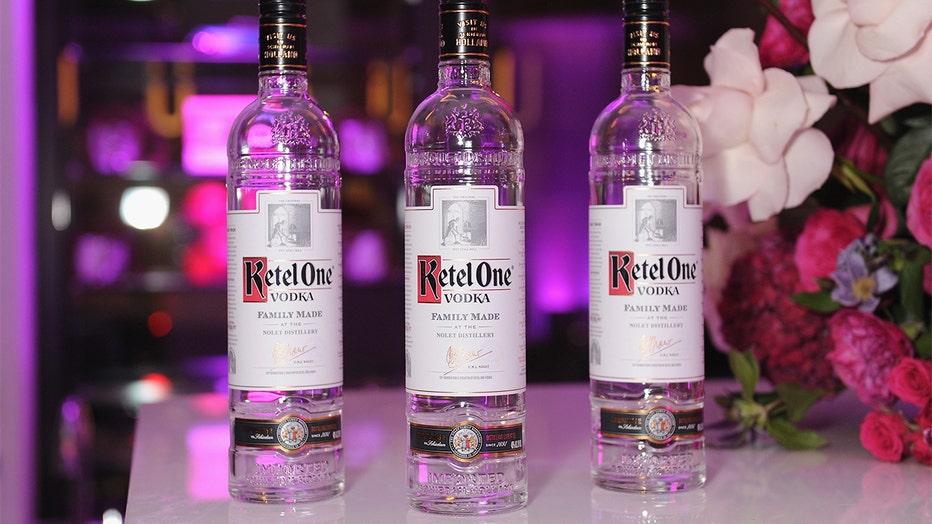 And not only is Bond fond of vodka —so are Americans. In the United States, vodka commands about 33 percent of the market share (by volume) among all spirits categories, and it ranks as the largest spirits category in the U.S., by volume, according to IWSR Drinks Market Analysis.

The popularity of vodka very much predates James Bond, however. Jonathan Hemi of Crystal Head Vodka says the spirit can be traced all the way back to the 15th century.

“The word ‘vodka’ has many different origin stories tracing back as early as 1405, and is said to be a Slavic word for water,” said Hemi.

As explained by Miguel Aranda, expert mixologist of Osteria 57, vodka became popular with monks and apothecaries in Eastern Europe around the 1800s. “It was used to cure illness, and was a very high-proof amount, and they used to give people a very little bit,” he said.

Aranda added, however, that the history gets complicated when it comes to whether vodka was created in Russia or Poland.

“A monk from Poland went to Russia, and then from Russia, another monk perfected the recipe,” said Aranda. “So both countries are really the motherland of vodka.”

When it comes to making vodka, Aranda says the spirit is typically made from grain or potatoes, but adds that vodka “can be made out of anything that produces sugar.”

Josh Gandee, the beverage director at Watershed Distillery in Columbus, Ohio, notes that his company’s vodka focuses on Midwestern staples.

“There are two ingredients that shine through in Watershed Distillery Vodka: corn and apples — sourced close to home in the Midwest,” explained Gandee.

Crystal Head Vodka’s Hemi, meanwhile, says the company’s original vodka uses Canadian corn while its Aurora vodka is distilled from English wheat. The founder of Empower cocktails, Tiffany Hall, opts for sweet potato vodka in her product, "as it has a unique smoothness and pairs well with other ingredients.”

For more updates on this story and some vodka cocktail recipes, go to FOXNews.com.