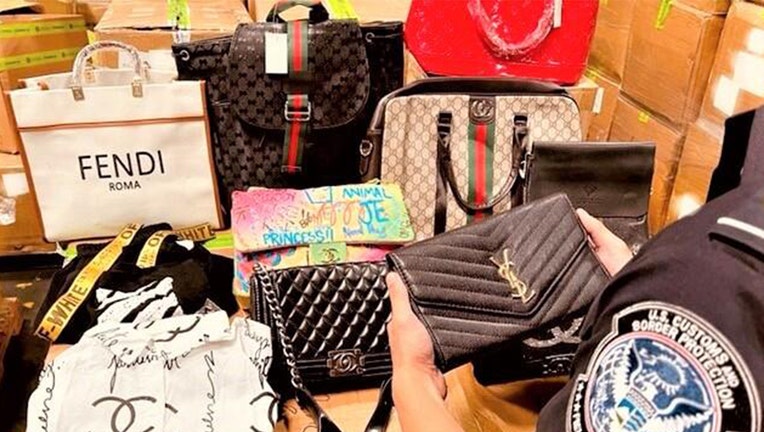 LOS ANGELES - U.S. Customs and Border Protection officers on Thursday seized thousands of fake designer bags and clothing items at the Port of Long Beach, according to the agency.

In total, the agency confiscated 13,586 counterfeit designer products, which arrived in the port on a cargo shipment from China which, if genuine, would be worth over $30 million. The merchandise included knock-off handbags, back, packs, clothes, and more, and featured fake branding from Gucci, Chanel, Yves Saint-Laurent, Fendi and Louis Vuitton.

Port Director Donald Kusser said that counterfeit products are sold a lot more online during the holiday season because that's when people are looking for deals. 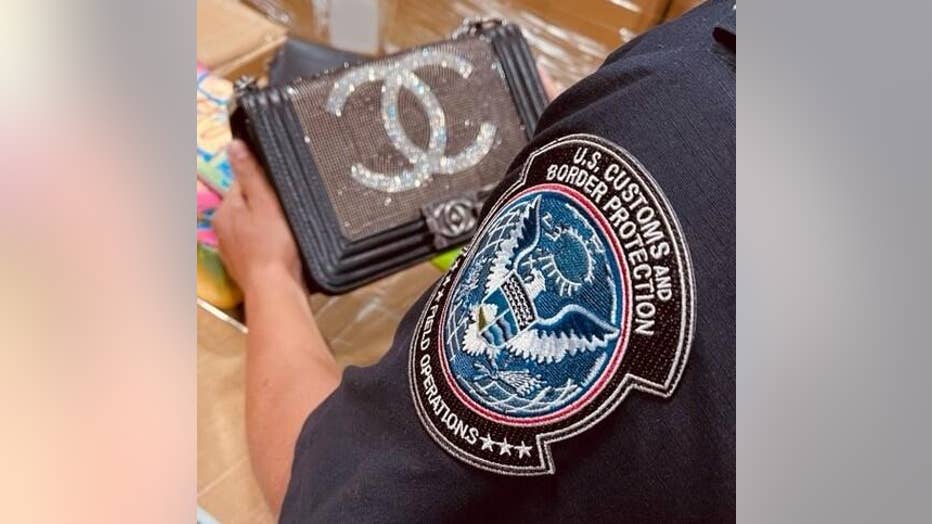 A counterfeit bag, seized by U.S. Customs and Border Patrol.

CBP says that consumers can do simple things to make sure they don't purchase fake merchandise: