The two killers who stormed a kosher market in Jersey City were driven by hatred of Jews and law enforcement, New Jersey's attorney general said Thursday, adding that the case is being investigated as domestic terrorism.

JERSEY CITY, N.J. - The two killers who stormed a kosher market in Jersey City were driven by hatred of Jews and law enforcement, New Jersey's attorney general said Thursday, adding that the case is being investigated as domestic terrorism.

Attorney General Gurbir Grewal also disclosed that the man and woman had five guns, including an AR-15-style rifle and a shotgun that they were wielding when they burst into the store in an attack that left the scene littered with several hundred shell casings. They also had a pipebomb in their van.

“The outcome would have been far, far worse,” if not for the Jersey City police, Grewal said. 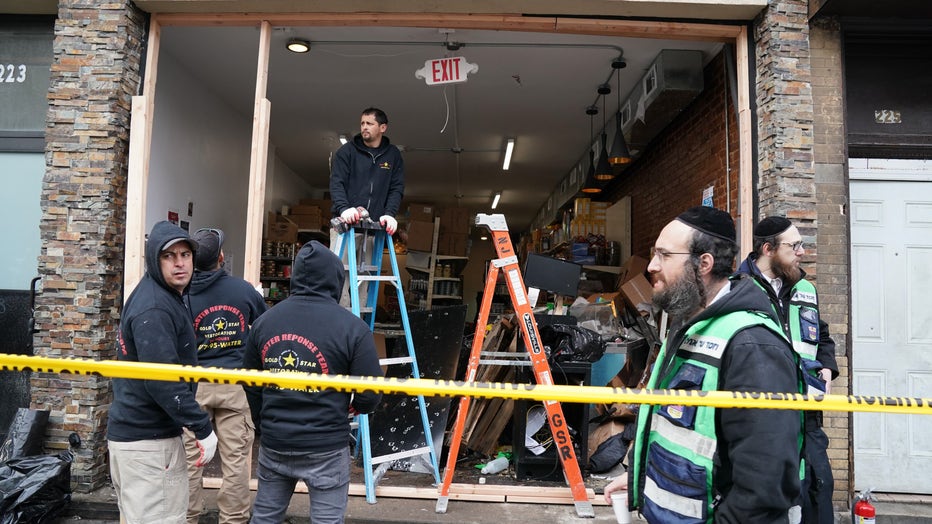 Demolition and recovery crews work at the scene of the December 10, 2019 shooting at a Jewish Deli, on December 11, 2019 in Jersey City, New Jersey. - The shooters who unleashed a deadly firefight in Jersey City deliberately targeted a kosher grocery

The attackers killed three people in the store, in addition to a police officer at a cemetery about a mile away, before dying in an hourslong gunbattle with police Tuesday afternoon, authorities said.

“The evidence points toward acts of hate. I can confirm that we're investigating this matter as potential acts of domestic terrorism fueled both by anti-Semitism and anti-law enforcement beliefs,” the attorney general said. He said social media posts and other evidence reflected their hatred of Jews and police.

After killing three people in the store, the shooters concentrated their fire on police and did not shoot at others who happened to be on the street, Grewal said.

Grewal said the attackers, David Anderson, 47, and Francine Graham, 50, had expressed interest in a fringe religious group called the Black Hebrew Israelites, whose members often rail against Jews and whites. But he said there was no evidence so far that they were members, and added that the two were believed to have acted alone.

The pair brought their cache of weapons in a U-Haul van they drove from Bay View Cemtery, where they shot and killed Jersey City Detective Joseph Seals, according to the attorney general.

Anderson fired away with the AR-15-style rifle as he entered the store, while Graham brought a 12-gauge shotgun into the shop. They also had handguns with a homemade silencer and a device to catch shell casings. In all, they had five guns - four recovered in the store, one in the van - in what Grewal called a “tremendous amount of firepower.” 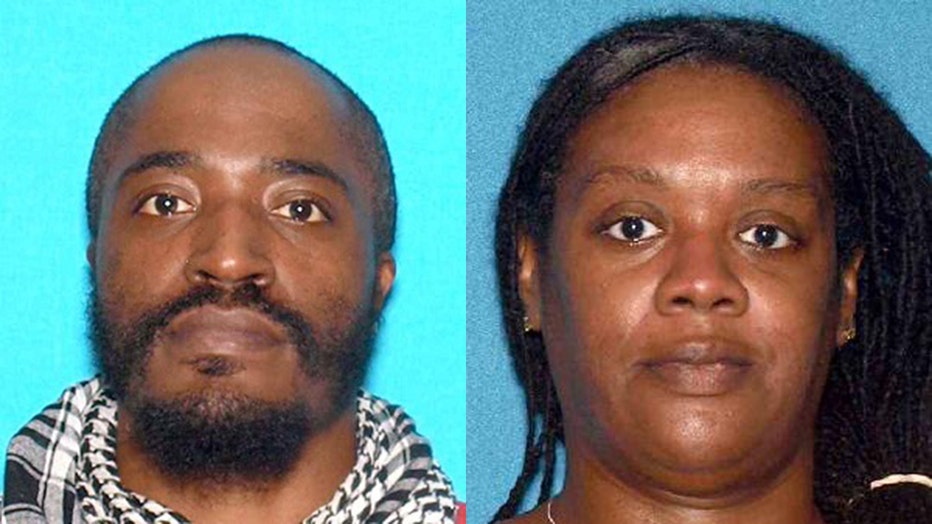 Serial numbers from two of the weapons showed that Graham purchased them in Ohio in 2018, the attorney general said.

The victims killed in the store were: Mindel Ferencz, 31, who with her husband owned the grocery; 24-year-old Moshe Deutsch, a rabbinical student from Brooklyn who was shopping there; and store employee Douglas Miguel Rodriguez, 49.

The bloodshed in the city of 270,000 people across the Hudson River from New York City spread fear through the Jewish community and weighed heavily on the minds of more than 300 people who attended a vigil Wednesday night at a synagogue about a mile from where the shootings took place.

In the deadliest attack on Jews in U.S. history, 11 people were killed in an October 2018 shooting at a synagogue in Pittsburgh. Last April, a gunman opened fire at a synagogue near San Diego, killing a woman and wounding a rabbi and two others.

“It now appears from law enforcement that the events that terrorized Jersey City on Tuesday were fueled by hate. The murder of innocent civilians because of their religious beliefs, and the murder of a police officer for the simple reason that he was a police officer, must be the wakeup call to those who fail to see or acknowledge the rising tide of hate here in New Jersey, and around the nation,” said Governor Phil Murphy in a statement. “This is our signal to come together as the broad New Jersey family we are and recommit to the elimination of hate in all its forms. This is also proof that the holes in our nation’s gun laws are failing our communities. We cannot wait until another domestic terrorist, filled with hate and bent on murder, gets their hands on a weapon, period. The time for Congress and our state to finish its job is now, and I commit to take every step possible to keep our residents safe. I commend Attorney General Grewal, U.S. Attorney Craig Carpenito, Colonel Callahan, and all working on this investigation, for their hard work over the past 48 hours, and for the work still left to do.”