Officials with the Rock n Roll Marathon Series are blaming a misinterpretation of certification maps for a shorter than expected half marathon. FOX 10's Matt Galka reports.

TEMPE, Ariz. - Officials with the Rock n Roll Marathon Series have issued an apology after an error in the Rock n Roll Arizona half marathon led to a shorter than prescribed course.

The half marathon took place on Sunday. Austin Schnabel was one of thousands to have taken part in it.

"It was great, a lot of fun, a lot of energy, the bands were great," said Schnabel.

Schnabel had one goal in mind for the run: finish it in under one hour and 45 minutes.

Now, however, Schnabel is not so sure he actually did. 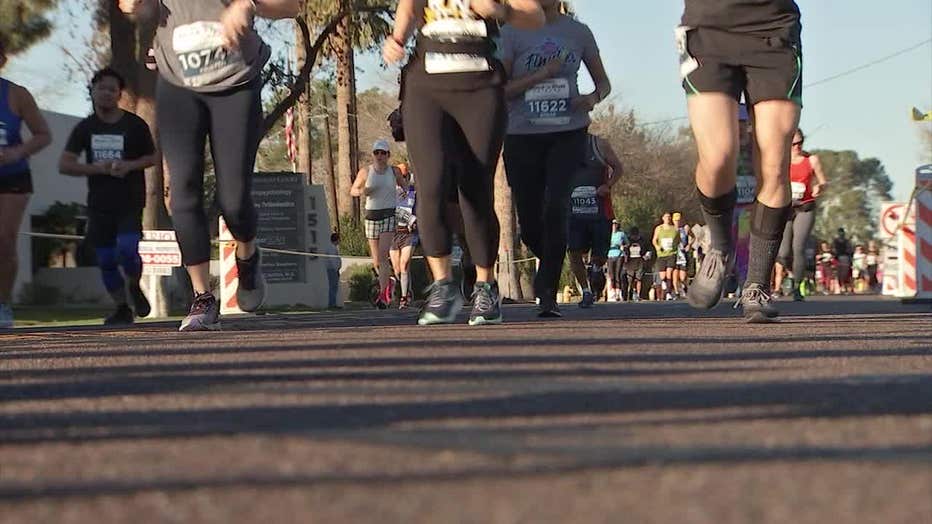 The mistake reportedly involved a turnaround point between miles nine and 10.

"As soon as race officials were made aware of the error, they worked quickly to bring the course to the accurate distance," read the statement.

The error was reportedly corrected after 90 minutes.

According to a map posted on the Rock n Roll Arizona website, the half marathon began near the Old Main building on the Arizona State University campus in Tempe, and ended near Tempe Beach Park, taking participants through parts of South Scottsdale in the process.

As for Schnabel, he is not sure if he will do the race again.