ANN ARBOR, Mich. (FOX 2) - On the first day of legal recreational marijuana in Michigan, the line was so long outside one store - Exclusive Ann Arbor - that many were told they would have to come back Monday.

"I am very excited and I drove here all the way from Columbus," said one customer, Sammy, who bought edibles. "I got here at 10 (a.m.) and I am just getting out now."

You can now legally buy recreational use marijuana in Michigan about 13 months after it passed in the November, 2018 election.

But right now there are only three licensed dispensaries in southeast Michigan that can sell cannabis for recreational use - and they're all in Ann Arbor.

"Currently we have about 17 strains of flower on our shelves, a variety of indica and sativa and hybrids," said Nick Warra, general manager, Exclusive Brands. "'Sunshine' is a really popular sativa known in the market for anxiety and depression."

Daniel Wolfe stood in line with his son.

"I haven't partaken in the herb since I was in high school, it's fine for other people, not for me," Daniel said. "I'm too old for that kind of stuff anymore, reality is so much nicer."

Regardless of how you feel about recreational use marijuana - it is a historic day in Michigan. 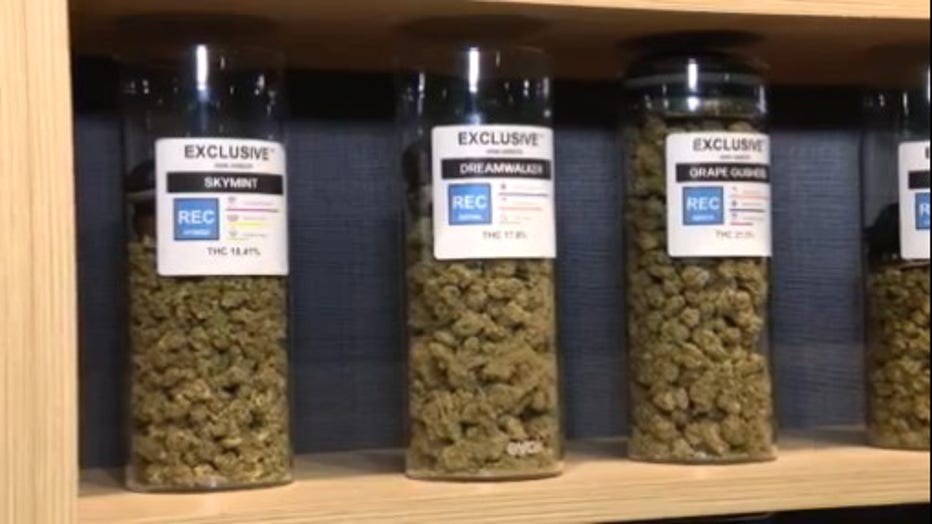 Sinclair, a well-known political activist in Ann arbor in the 1960s and 70s, was one of the first people to legally purchase recreational use cannabis on Sunday.

In 1969 he was arrested for possession of marijuana and sentenced to 10 years behind bars.