TAMPA, Fla - Grammy-winning artist The Weeknd rocked the Super Bowl LV Halftime Show Sunday. Instead of surprise musical guests joining the performance during his medley of hits, the singer had an army of bandaged dancers.

Red jackets, black pants, and bandages were wrapped around their heads.  The Weeknd’s back-up dancers all looked alike during the 12-minute show.  Many of them traveled from across the country to take part in the performance.

"It’s literally a once-in-a-lifetime experience that you can tell your kids, and your kids will tell your grandchildren," said Divine Anozie.

An unforgettable opportunity Divine shared with three of his best friends.  The group are all local students attending Hillsborough Community College and USF. 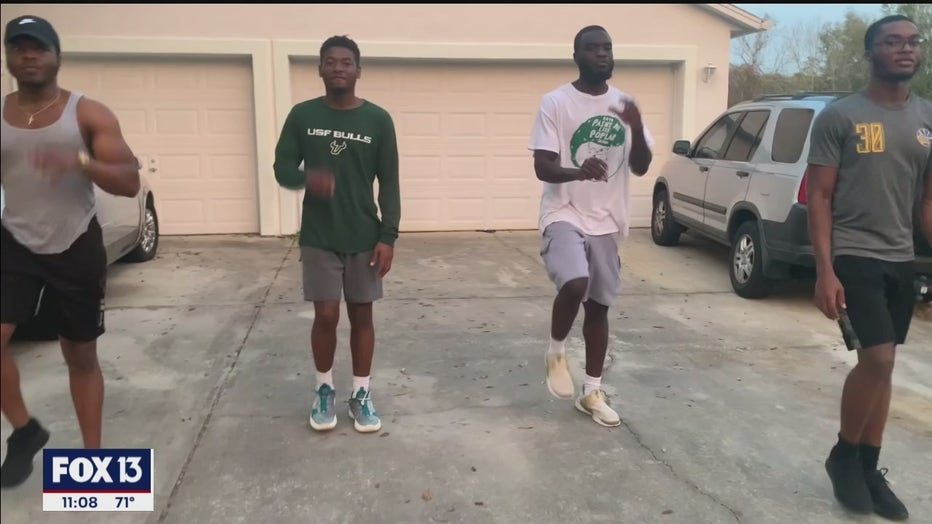 An NFL connection hooked the crew up with the chance to apply to be a part of the show.  They found out they made the cut last month.  That is when the hard work started.

"We were like, ‘OK guys, we know we’re not dancers, so let’s get this, and we need to practice two times harder than everyone else, probably ten times,’" explained Daniel Jackson Jr.  "So, we got together and every time we messed up it was just run it back, start over, and we kept going and kept going until we got it."

They ran the choreography constantly.  Then had about eight rehearsals in the stadium with the other dancers.

"I’m not even gonna lie about it, it was hard," Ezeugo Anozie said.  "Especially getting the steps down." 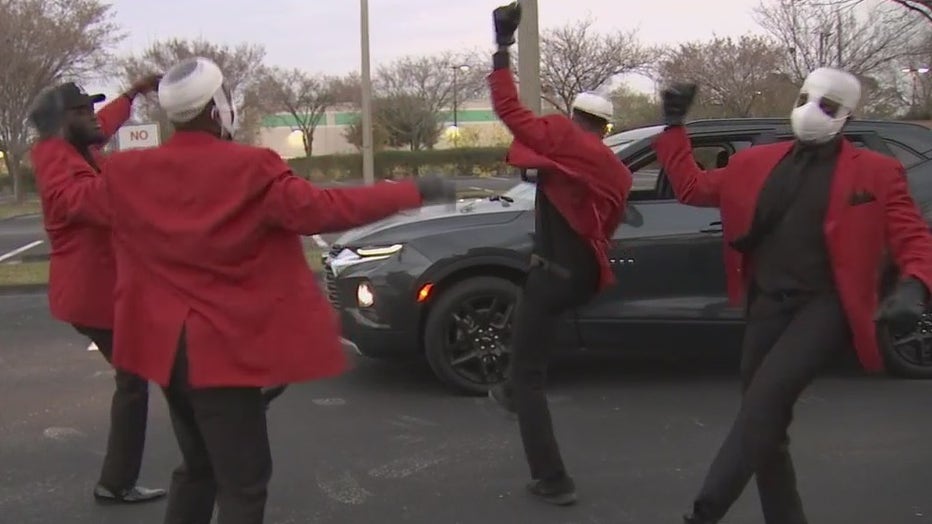 The matching wardrobe was provided, and they did not find out about the bandaged headpiece until a few days before the big game.  Once Super Bowl Sunday rolled around, the guys say their nerves turned to excitement.

"We got into our clothes, and then we rode the bus, and then we got a police escort.  That was the first time that I experienced that, and it felt like a movie," said Kenu Louissaint. 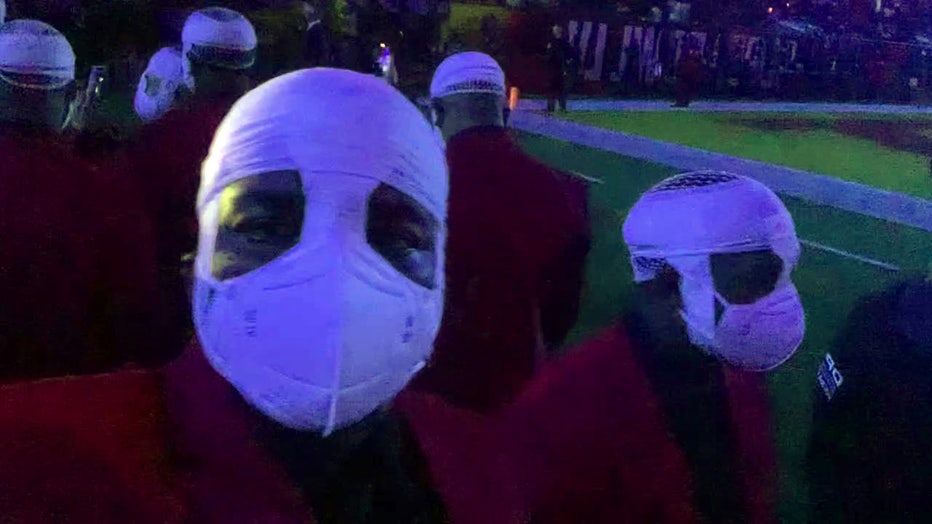 RELATED: Super Bowl 2021: Halftime shows from past to present

The Weeknd explained the head-bandage costumes were a reflection on the culture of Hollywood celebrity and people manipulating themselves to please and be validated.

Kenu tells us they had a few close encounters with The Weeknd, and were so impressed with his work ethic and skill as an artist.

The Air Force performed a first-of-its-kind trifecta flyover for Super Bowl LV, featuring a B-52 Stratofortress, a B-1B Lancer, and a B-2 Spirit – more commonly known as the ‘stealth’ bomber. Here's the view from inside and outside Raymond James Stadium.

Inside Raymond James Stadium, the energy was electric.

"When we walked onto the field everybody just started screaming because it’s about to go down," Divine recalled.

For some, attending the Super Bowl was the opportunity of a lifetime. For all, it was a day to forget the fight against COVID-19.

All four danced in the final two songs of the show.  Thankfully, the performance went smoothly.  It was a memorable day at a historic game that these friends will always be thankful.