FOX NEWS - When Evilyn Pinnow of Fort Atkinson, Wisconsin was just 6 years old, she felt God was leading her to pray for children in poverty.

At 8, she formed a club that helped pack shoe boxes throughout the year. It started in her home but quickly grew larger and larger and had to move to her church. There, she and others in the club packed each box with toys, school supplies, hygiene items, and a handwritten note, sharing "good news" with children around the world.

“My wildest dream for the shoe box club was that we’d maybe pack 100 shoe boxes each year but look what God has done," the 19-year-old college student told Fox News. "We’re now celebrating the 10,000th shoe box packed by the shoe box club.

"It had very little to do with me and a lot more to do with God’s blessing and the amazing church family that we have.” 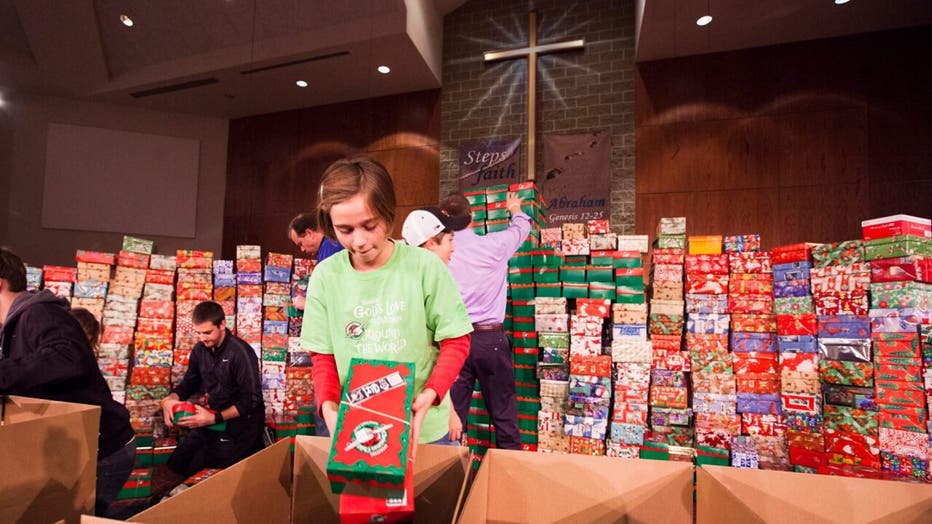 Evilyn Pinnow readies one of hundreds of Operation Christmas Child shoe box gifts to be processed and sent to children in more than 100 countries around the world.

In 2012, as the ambassador for Operation Christmas Child, she was chosen to personally deliver the 100 millionth shoe box gift to a girl named Brenda, who had been abandoned by her mother as a baby and left for dead, in the Dominican Republic.

“Hi. My name is Evilyn and I’m 12-years-old," she wrote on the note accompanying the shoe box. "I know we live far apart, but will you be my friend? I hope you enjoy the gifts, and that you understand the true meaning of gift-giving—Jesus, the ultimate gift. I want you to know that I love you, and that God loves you. He sings and dances over you. He and his angels rejoice over your every move. I wish you well as you journey through life. Love, Evilyn.” 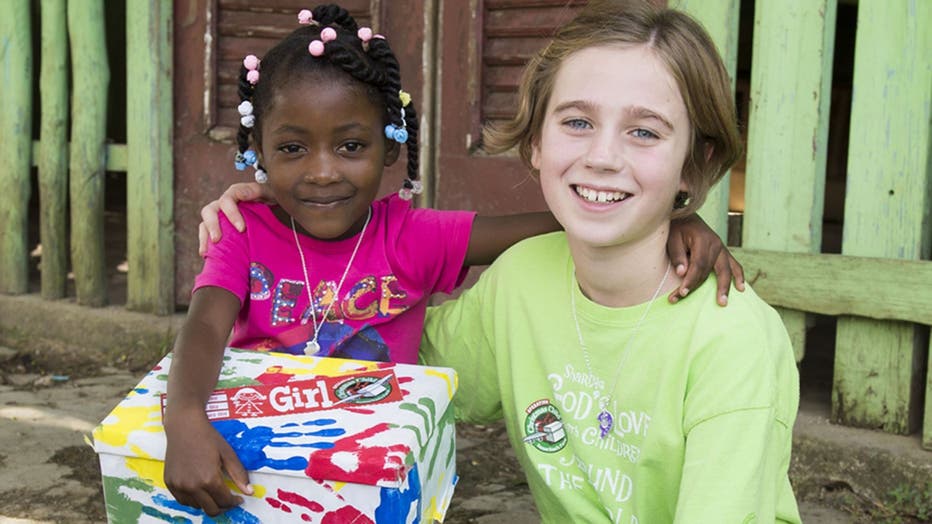 After seeing how much her note meant to Brenda, Pinnow has included a handwritten letter in every shoe box since, spending approximately 75 hours handwriting more than 300 letters to children around the world.

“I am so grateful for Evilyn," Franklin Graham told Fox News. "She is just one girl but she has now touched the lives of 10,000 children. Just look where people like Evilyn have taken Operation Christmas Child. They’ve taken these gifts of love to more than 165 countries around the world and I am so grateful for that.” 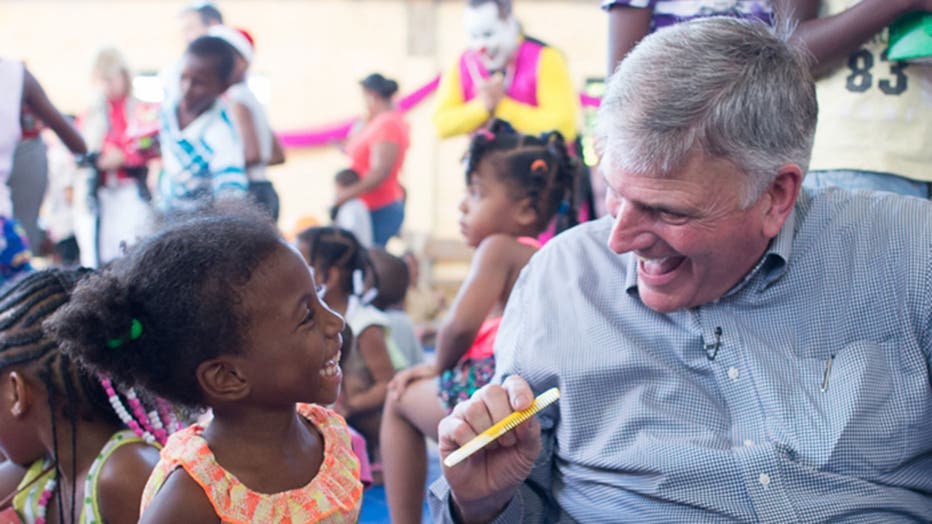 Franklin Graham helps a girl unpack her shoe box gift in Belize. Each Operation Christmas Child shoebox gift is packed with items such as toys, hygiene kits and school supplies.

The ministry began in 1993 after Graham, the president of Samaritan's Purse and son of the late evangelist Billy Graham, was asked if he could help send presents to children in war-torn Bosnia. Since then, more than 168 million shoe box gifts have been collected for children in over 160 countries and territories.

“I love seeing children receive shoe box gifts," Graham added, saying they expect 11 million shoe boxes this year. "There is so much excitement and joy. You can hear the kids giggling and shrieking. For many children, this is the first gift they’ve ever been given. It’s precious to watch how God uses a gift to open the hearts of children.”

National Collection Week kicks off next week, Nov. 18-25, and the ministry says anyone can pack a shoe box.