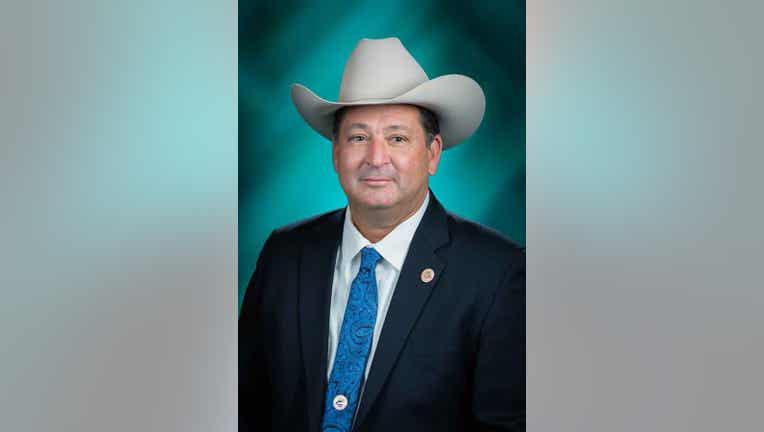 PHOENIX (AP) - An investigation by a law firm hired by the Arizona House of Representatives’ Ethics Committee has concluded that a Republican lawmaker appeared to have had an improper romantic relationship with a lobbyist and apparently used his power to help her personally avoid a tax seizure.

The investigative report released by the panel Friday into Rep. David Cook’s actions did not reach any conclusions as to whether Cook broke House ethics rules or the law. That determination would be made by the panel, which can recommend disciplinary action including expulsion to the entire House.

But the report backed up allegations in two ethics complaints filed earlier this year against the Republican from Globe.

It said evidence it collected showed Cook “had a close personal relationship of a romantic nature” with lobbyist AnnaMarie Knorr. She left her post after the complaint was filed. And it found evidence that Cook called the Pinal County Sheriff to try to stop a seizure of property owned by Knorr and her family for back taxes.

Cook, who is married, has denied both allegations. His lawyer called the report compiled by the law firm Ballard Spahr “little more than an unobjective hitpiece” that is “far outside the intended reach of a legislative ethics committee.”

“There is not one shred of actual evidence that the People’s work was in any way affected by the complicated relationship involved here, which was NOT an ‘affair’ (sexual or otherwise),” Wilenchik wrote in a letter to committee chair Rep. John Allen. “This is not Salem, Massachusetts in the 1600’s.”

The original ethics complaints alleged Cook, who is married, had an improper relationship with Knorr that involved “unethical behavior, conflict of interest, and appearance of corruption.” A second complaint alleged he pressured the Pinal County sheriff to cancel a property seizure in exchange for a campaign contribution. Knorr, her husband or companies owned by the family owed about $140,000 in taxes on the property.

Cook also pushed though legislation that made it more difficult to seize agricultural property such as Knorr’s for back taxes, according to the Ballard Spahr investigation. And the report documented apparent alcohol abuse that led to unusual behavior, and said he delayed, dodged, or withheld documents or otherwise worked to prevent investigators from conducting a thorough probe.

The five-member Ethics Committee met for about two hours Friday, mostly behind closed doors to hear from the lawyers who handled the investigation. They agreed to give Cook until June 19 to file a formal response and said they would meet after that to determine how to proceed.

House Speaker Rusty Bowers said in a statement that the outside lawyers were hired to “conduct a thorough, fair, apolitical, and independent investigation of the complaints.”

“Now, it is for the members of the Committee — and, perhaps, the House as a whole — to exercise their independent judgment to determine whether further action on these complaints is warranted,” Bowers said.

The House has seen a series of ethics-related issues in recent years, with one resulting in the expulsion of then-Rep. Don Shooter for sexual harassment in 2018. Another led to the resignation of Rep. David Stringer last year after it was revealed that he was arrested in 1983 and accused of paying teenage boys for sex. Stringer denied that and said he struck a deferred prosecution agreement because of a chance that he could lose.

Shooter and Stringer are Republicans.