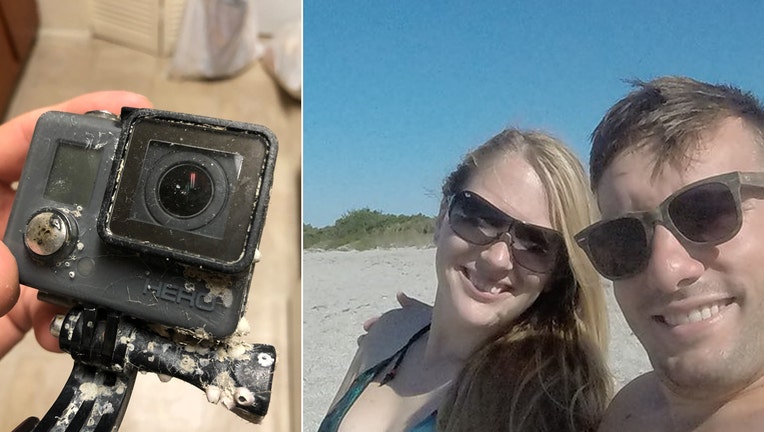 VENICE, Fla. - The man who took to social media to help find a couple who lost their GoPro says the couple has been found.

The couple, who is still unidentified, sent Jeffrey Heim a message asking him if he was the one who found their GoPro and sent him a photo of themselves, which was an obvious match.

Heim found the GoPro while he was diving for shark teeth in Venice over the weekend.

The GoPro had barnacles on it but still worked, Heim said, and he was able to find photos on it of a couple on a beach and what appeared to be their wedding.

The couple said they lost it while they were paddle boarding.