Gilbert police say the crash happened July 10 at the intersection of Warner and Lindsay Roads.

The woman was riding in a car that was traveling westbound on Warner and the truck was heading northbound on Lindsay when the crash happened.

The intersection is expected to be closed for several hours due to the investigation of the crash. 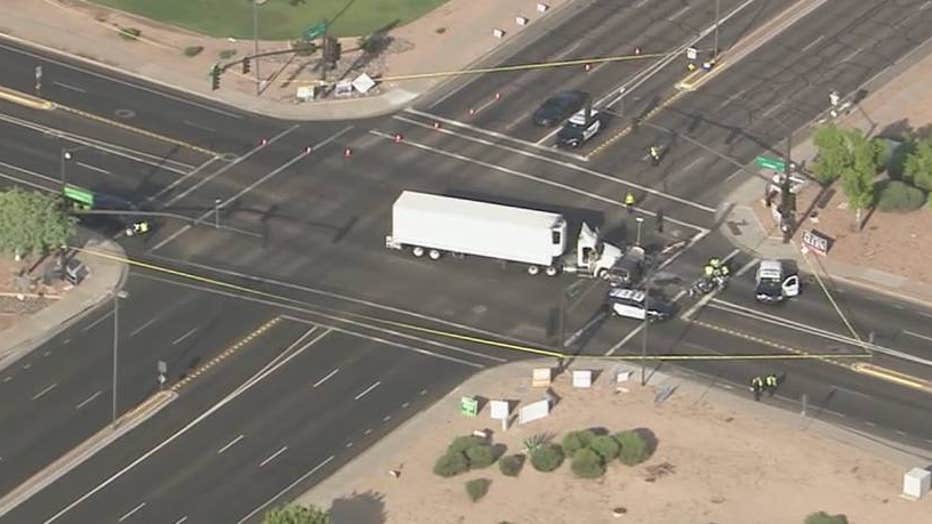