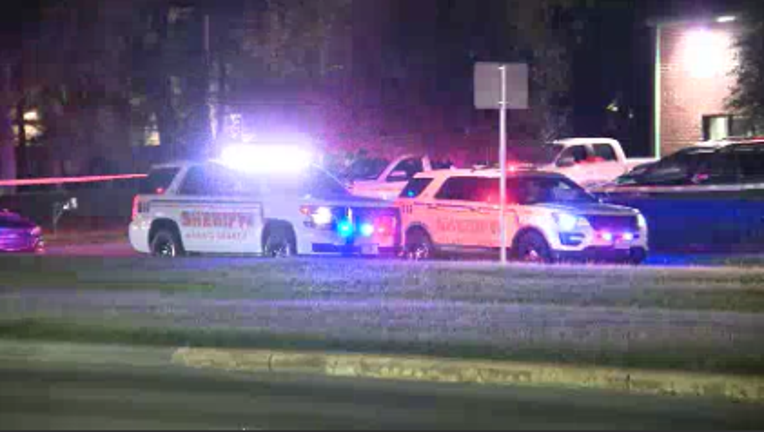 ATASCOCITA, Texas - The Harris County Sheriff's Office has identified the suspect who was killed in an officer-involved shooting on Monday night.

Authorities have identified the suspect as Nathan Humphrey Jr., 28.

Authorities say Humphrey was the gunman behind the deadly shooting that occurred at Cracker Barrel over the weekend.

Harris County Sheriff Ed Gonzalez said the shooting occurred at the 17700 block of West Lake Houston Parkway in Atascocita on a roadway across from Atascocita High School.

Dennis Wolfford, a homicide division Sergeant with the Harris County Sheriff’s Office, said a Dodge Charger that was put out on the news following the Cracker Barrel shooting was located.

Wolfford said interviews were conducted and they were able to identify Humphrey as the shooter at Cracker Barrel on Saturday morning.

Authorities said they were still corroborating information from witnesses when they reached out to the warrants' division to locate Humphrey, who had two open felony warrants, one of which was for aggravated assault family violence. He was also out on bond for a misdemeanor terroristic threat charge.

Wolfford said surveillance began on Monday to locate Humphrey. He was later located alone on foot where he was involved in a shooting with authorities.

Wolfford said preliminary information was "he had a weapon or he was pointing at the officers." However, Wolfford said that was still being investigated.

Authorities stated the two deputies who fired their weapons, were undercover working in the violent warrant squad with the Harris County Sheriff’s Office. They were said to be fine following the shooting.

The deputies involved in the shooting will be placed on administrative leave.