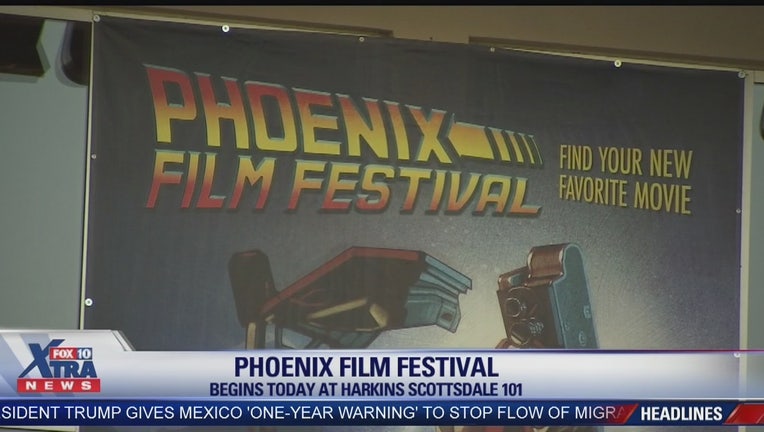 PHOENIX (FOX 10) - A movie buff get-together is happening in the Valley as the Phoenix Film Festival kicks off today.

The festival is being held at the Harkins Scottsdale 101. There will be over 300 screenings of independent films and films before they hit the theaters. The opening film will be "Extremely Wicked, Shockingly Evil and Vile" about murderer Ted Bundy, starring Zac Efron.

It's just one film in a lineup organizers say you won't want to miss out on.

"They key is to come out and try a few different things," said Jason Carney, Phoenix Film Festival executive director. "Maybe you see some films with people you know, like actors and stars like that. But maybe try some stuff that maybe you wouldn't have seen otherwise. Like experiment a little - and then you get hooked."

The festival will feature movies all the way through Sunday, April 14. Tickets start at $15 dollars.