Phoenix Fire: About 17 people displaced from home on Christmas Eve due to apartment complex fire

On Christmas Eve, 17 people are displaced from their home as a result of a fire on Monday in North Phoenix. FOX 10's Matt Galka reports.

PHOENIX - Phoenix Fire officials say they expect about 17 people will be displaced from their homes on Christmas Eve, due to a fire at an apartment complex.

According to a statement, the fire happened on Monday near 35th Avenue and Peoria, just west of Metrocenter. In all, eight units were involved, but fire crews managed to prevent the fire from spreading to other units.

Cell phone video shows the fire burning through the complex. 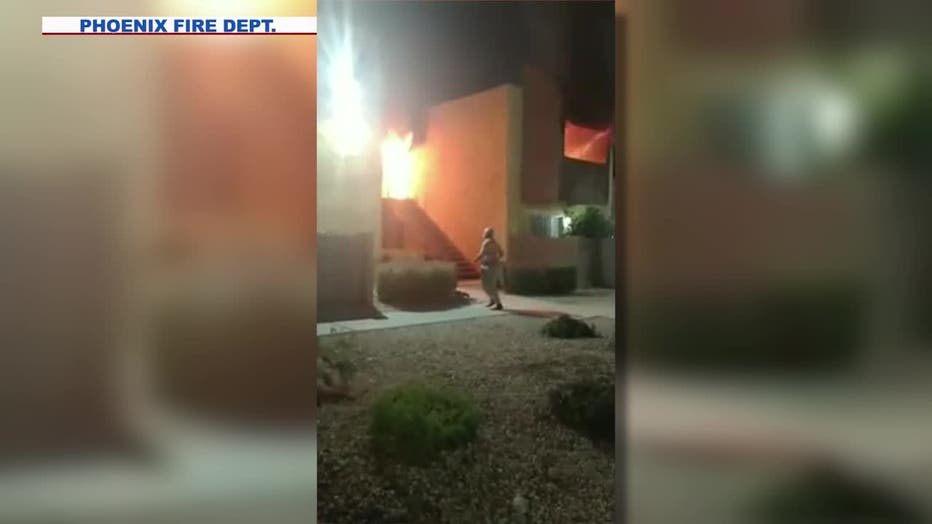 "Everything burst into flames," said Dakota Kern, who had just returned from errands when she saw the fire at her complex.

“When I came back I saw all the fire trucks," said Kern.

Three people were rescued from a second-floor balcony, but no one was hurt, according to fire officials.

Meanwhile, the Red Cross has stepped in to help some of the people affected.