PHOENIX - Phoenix Police say a former middle school teacher's aide was arrested after nude pictures and videos were found on a student's phone.

According to police, 23-year-old Christmas White was booked into jail following her arrest Wednesday morning. On August 26, police began investigating reports of a sexual relationship between a former school employee and a student. The investigation revealed that nude photos and videos were sent to the student's phone and police say there may be a second victim.

White appeared before a judge, along with her attorney and a prosecutor for the state of Arizona on Thursday.

White worked as a teacher's aide at Greenway Middle School from August 2018 through May 2019.

A letter was sent to parents of students at the school.

White's attorney asked for her to be released with no bond, saying she was not a flight risk.

"Miss White is a 23-year-old, she has no prior criminal history, no prior failures to appear. She's employed locally, she's been in Arizona for five years. She does have close ties to the community."

White is currently a student at Arizona State University finishing her final semester.

The age of the alleged victim has not been released.

White, officials say, is accused of Aggravated Luring a Minor for Sex and Furnishing Obscene Material to a Minor. 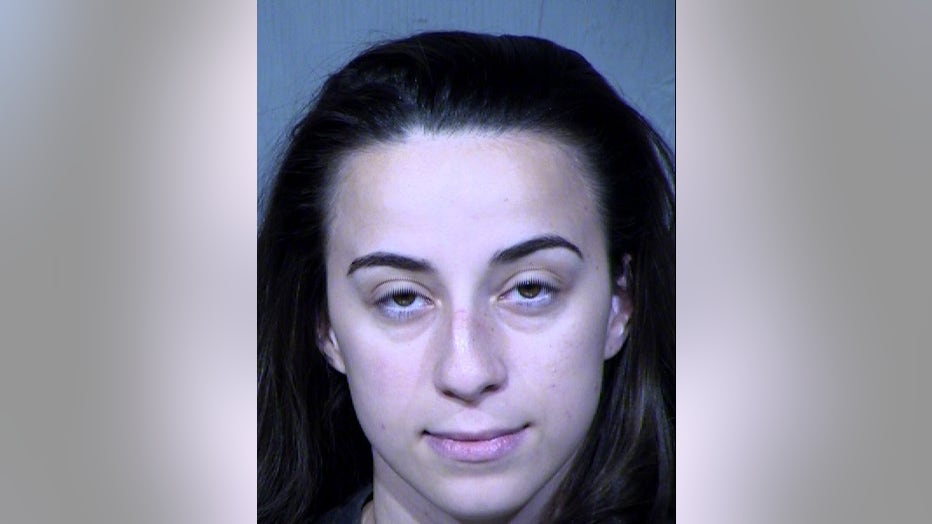