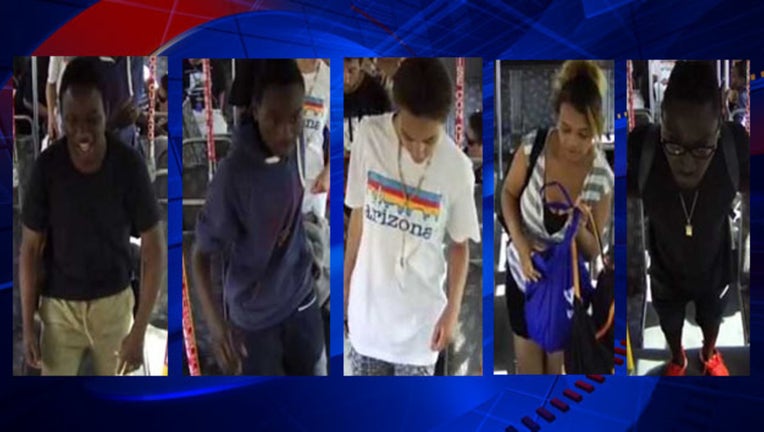 Phoenix police are looking for five people who they say demanded money from a 28-year-old man and assaulted him after exiting a city bus.

According to police, on April 21, the suspects approached the man on the bus and told him he would be assaulted if he didn't give them his money.

After handing over the money, the man exited the bus and was assaulted by the five suspects near 44th Street and Indian School Road.

The suspects are described as follows: