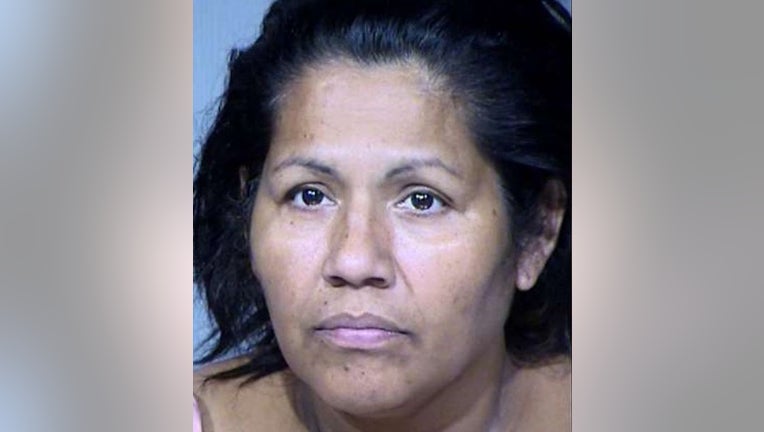 PHOENIX (AP) - A Phoenix woman has been indicted after authorities say she used her teenage daughter to hide cocaine from police during a traffic stop two months ago.

State prosecutors say Rufina Lopez Covarruvia is accused of multiple felony charges including involving or using a minor in a drug offense.

Covarruvia allegedly told her 13-year-old daughter to hide a bag of $130 worth of cocaine inside her bra as the car was being pulled over Sept. 19.

Authorities say a 2-year-old and a 10-year-old also were in Covarruvia's car at the time.

During the traffic stop, the bag of cocaine reportedly fell out of the girl's bra.

Covarruvia also is accused of being involved in a drug trafficking organization and buying bags of cocaine to split into smaller bags for resale.